Collin Morikawa is one of the best iron players on the PGA Tour and Eddie Pepperell wants the future generation of golfers to know that it's not all about hitting the ball a long way. 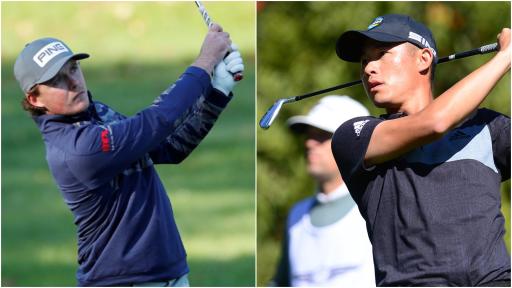 At a time where there is a lot of focus on distance in golf, Eddie Pepperell used Collin Morikawa's recent victory at the WGC-Workday Championship to remind the future generation of golfers about the importance of having a solid iron game.

Morikawa, who added a fourth PGA Tour title to his name at The Concession on Sunday, is just 24-years-old but is already one of the best ball strikers in the game and his iron play has played a crucial role in his victories.

When the 2020 PGA Championship was played at TPC Harding Park, many believed the course was set up to play into the hands of the longest hitters in the field, with names like Dustin Johnson and Bryson DeChambeau being called as the potential winner.

Morikawa went on to win the tournament and his maiden major by two shots and although he is a phenomenal player, his name was rarely mentioned in the build up to the event, but he proved that successful iron play can lead to victories anywhere in the world.

The American currently sits in a tie for 128th in the PGA Tour's Driving Distance statistic, with an average drive of 294.1 yards, nearly 30 yards behind the leader in that statistic in DeChambeau.

He may be far down in the pecking order when it comes to driving, but in Strokes Gained Approach the Green, Morikawa ranks first, with an average of 1.305 and it's this statistic in particular that Pepperell wants junior golfers to focus on.

"For all the talk about long driving, Collin Morikawa is setting records with terrific iron play. Kids, I can assure you, while driving it long is great, being a masterful iron player will be better for you in the long run," Pepperell said on Twitter.

The Englishman's tweet received a mixed response from golf fans, with some agreeing with his statement, while others challenged it, believing that distance should be a junior golfer's priority.

Start with putting and work your way back to the tee. There are thousands of stories of people who could hit it a country mile but couldn’t chip/putt to save their lives.

Kids should learn distance first accuracy second.. you can always hone ur iron play as you progress but you cant teach distance...

NEXT PAGE: Rory McIlroy "still searching" for top form as he builds towards The Masters