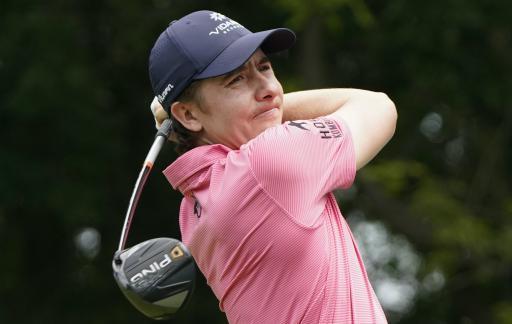 A golf punter has wagered $10,000 on Carlos Ortiz at odds of 150/1 to win this week's WM Phoenix Open on the PGA Tour, according to Action Network's Darren Rovell.

You might be asking yourself, why Ortiz? And you would be right.

Other than finishing second at the World Wide Technology Championship at Mayakoba in November, Ortiz's best finish since the US Open last summer is a tie for 25th at The CJ Cup.

So far in 2022 on the PGA Tour, Ortiz missed the cut at The American Express and then finished tied 70th at the Farmers Insurance Open.

Hardly form that makes you think 'I know, I'm going to lump $10k of my hard-earned on Carlos Ortiz this week'.

A bettor at @DKSportsbook has bet $10,000 on Carlos Ortiz, ranked 69th in the world, to win the Waste Management this week.

The only thing we can think of is that the punter in question was obviously taken by Ortiz's tie for fourth in the WM Phoenix Open last year.

But that is Ortiz's best finish in this event, it's not as though he has ever won here before.

Ortiz also only has one victory to his name as his 150/1 odds would reflect.

He picked up his maiden PGA Tour title when taking down Dustin Johnson at the 2020 Shell Houston Open.

As it stands after 18 holes at the WM Phoenix Open this week, Ortiz carded an opening 2-under 69 to lie five shots off the early pace.

Should Ortiz do the unthinkable and win this week's WM Phoenix Open, the golf punter would pick up a very cool $1.5 million.

As Rovell points out in his tweet, that is even more than what Ortiz would receive for winning the tournament ($1.47 million).

NEXT PAGE: THIS COUNTRY PRODUCES THE BIGGEST HITTERS ON THE PGA TOUR, AND IT'S NOT USA...