Viktor Hovland is using a new piece of equipment this week, plus he showed us another reason why he is one of the good guys. 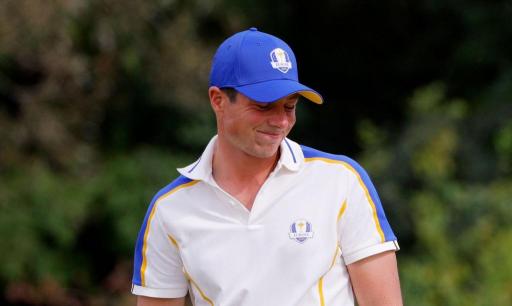 Viktor Hovland had two new things this week: a new haircut and a new driver.

There is no doubting Hovland is currently in the middle of one of the hottest streaks in his career.

Before he played his first round at the WM Phoenix Open on the PGA Tour, the 24-year-old spoke about how he handles pressure.

What was interesting was that he admitted he still feels the same type of adrenaline now compared to if he was just playing a buddy.

It's the same shot. No matter the situation. The ball isn't moving but you just have to execute. Does that remind you of anyone?

"It's a unique feeling every single time," Hovland said, who finished up his first round in Phoenix way off the pace at 1-over par.

That round also included a new Ping G425 LST driver, according to Golf.Com.

You may recall Hovland memorably had to replace his driver at Mayakoba earlier this season.

Not that it mattered. Hovland won. It meant that he was the first player to win an event two years in a row for nearly two-and-a-half years.

His last five starts show just how much in-form he has been. Surely the world number one spot beckons at some point.

Hovland also had the time to visit a barber ahead of the trip to TPC Scottsdale.

As far back as Hovland remembered, he always wanted to be a gangster.