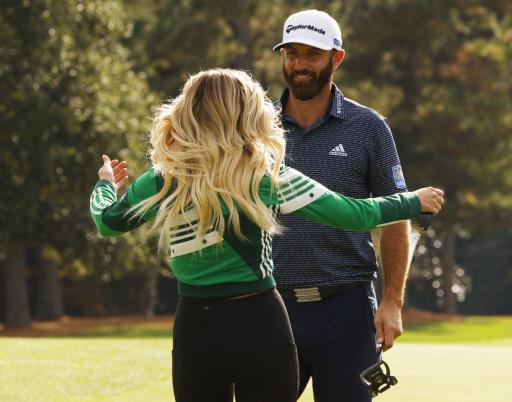 Greg Norman has revealed he spent some time helping Dustin Johnson on his putting a few months ago.

Speaking ahead of his tournament host duties at this week's 12-team QBE Shootout, Norman explained Johnson messaged him to come and take a look at his putting stroke when he was at Michael Jordan's The Grove XXIII golf course.

"I’ve just seen a few things in his short game, especially his putting, that I would relay on to my son to relay on to him," said Norman, who won two major titles, both at The Open in 1986 and 1993.

"I got a text from DJ around the middle of September. He said ‘Do you mind coming out and watching me putt a little bit? I said sure, no problem.

"We just spent time on the putting green. I don’t think how long it was, an hour, hour and a half, something like that. I just talked to him about a few things that I had seen and the difference from him on a Thursday, Friday to a Saturday into a Sunday was a big difference.

Johnson has enjoyed arguably his greatest year to date in his PGA Tour career, winning four times including victories at The Masters and the season-long PGA Tour FedEx Cup.