Tiger Woods reveals exactly what Charlie Woods is really like

Tiger Woods and his son Charlie will tee up in the PNC Championship next weekend... 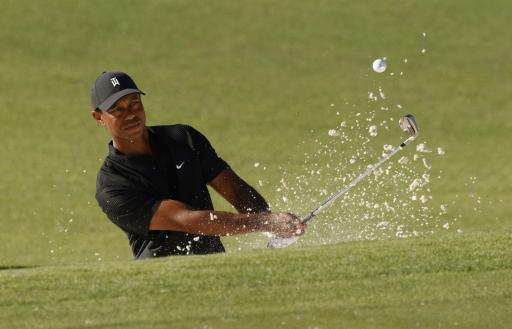 Tiger Woods has revealed more details as to what his son Charlie Woods is really like both on and off the golf course ahead of next weekend's PNC Championship, a two-day exhibition for PGA Tour players and a family member at Ritz Carlton Golf Club in Orlando.

“He’s a little on the chirpy side, just like I am,” said Woods.

“[Charlie has] used my lines against me very well. At times, I get frustrated and annoyed because it’s turned right back against me. But that’s the good side of it. We have fun with it.”

The tournament, taking place from December 19 to 20, will feature 20 teams and it will be a scramble format.

While Woods has not played a competitive event since finishing tied 38th at The Masters last month, the 15-time major champion cannot wait to get going with his 11-year-old son, who won back-to-back junior events over the summer.

"Like all kids, they go from one thing to the next. Right now, he’s into golf. But who knows, it could switch to something else. As long as he’s happy, he’s excited about whatever sport he’s in.

"Charlie had already started to pick up golf, but this pandemic allowed us to play more golf and be with one another, and we just started playing a lot, and he started getting the bug for it, and so did I.

"It kept me competitive, kept me in it when we didn’t have any tournaments. But I had a tournament every day with him, and that was the fun part. Was just like me growing up with my dad."

He added: "We are still prepping, still getting ready, still trying to peak for that event. We want to just go out there and just have fun, and be competitive."