Harris English: "I don't want to be a pick" for the US Ryder Cup team

Harris English sets his sights firmly on a debut Ryder Cup appearance next month as he continues his blistering form at TPC Southwind. 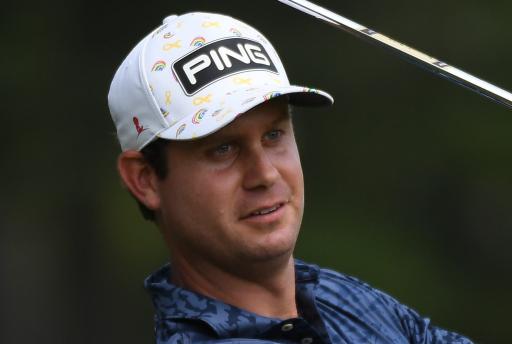 Harris English continued his impressive form by firing a stunning 8-under 62 to take the early lead at the WGC-FedEx St Jude Invitational, and then signalled his intent to play his way straight into the United States Ryder Cup team for the first time in his career.

English currently lies ninth in the US Ryder Cup standings for their clash against Europe on home soil at Whistling Straits at the end of September, where only the top six players receive automatics into captain Steve Stricker's 12-man side.

While a skipper's pick would seem inevitable for English given he finished third at the US Open and then won the Travelers Championship the week after for his fourth career PGA Tour title, the in-form American wants to leave nothing to chance.

That was even more evident after English's blistering round of 62 on day one at TPC Southwind, which saw him go out in 28 shots (his lowest ever 9-hole score on the PGA Tour) and stretch into a two-shot lead on 8-under par.

"Yeah, it's been on my mind for a while," said English in response to a journalist's question about making the US Ryder Cup for the first time in his career.

"I know I've got to continue to play golf. I want to make the team on my own, I don't want to be a pick."

Rickie Fowler is way down in 41st place in the standings.

NEXT PAGE: RICHARD BLAND HITS OUT AT BRYSON DECHAMBEAU FOR FAILING TO SHOUT 'FORE' AT THE WGC