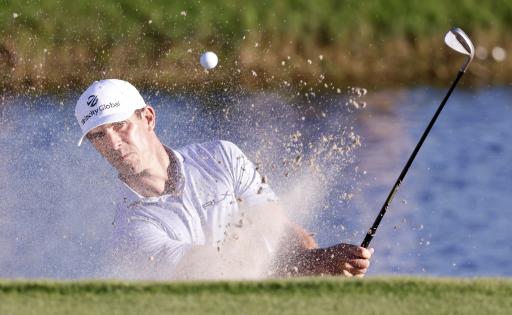 Horschel defeated Tommy Fleetwood on the first extra hole after the Englishman sent his tee shot sailing out of bounds on the par-5 12th, and it meant a par for the American was good enough to win the match.

Fleetwood had been in control for much of the match and had stretched into a 2up lead thru 11 holes, but Horschel clawed his way back into the match when taking the 12th and 17th with birdies.

Horschel then closed out the match with a two-putt par on the 19th hole.

And then there were . pic.twitter.com/FuiP4B2jVl

Perez will meet Horschel in the semi-final after he comfortably beat Sergio Garcia 4&3 as he bids to become the first Frenchman to win a WGC tournament.

Scheffler took down the tournament's lowest seed heading into the weekend, Jon Rahm, with a 3&1 victory and he will meet his US compatriot Kuchar, who beat Brian Harman 2&1.

The semi-finals will be played on Sunday morning, with the final and 3rd and 4th playoff taking place in the afternoon.