Kuchar relies on the help of golf fans - and a generous relief ruling - to defeat Spieth... 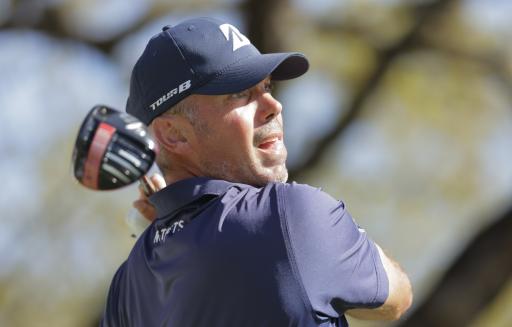 Matt Kuchar enlisted a number of golf fans to help him find his ball in the brush on the par-5 16th hole en route to defeating Jordan Spieth in his Round of 16 match at the WGC Match Play on Saturday.

Kuchar sent his second shot way right over the gallery and into the trees, and after it initially came to light that nobody could find his ball, the American was spotted asking all the fans in the area to come and help him look for his ball.

WATCH WHAT HAPPENED IN THE VIDEO BELOW:

"Who wants to come and look for my ball?"

Luckily for Kuchar, the ball was found within his three minutes looking time, and he got even more fortunate thanks to a scoreboard being in his line to the hole, which led to a generous relief ruling.

The look on Spieth's face as he looked back to see what was unfolding said it all.

Kuchar punched his ball out short of the green and then went on to scramble for a par, which was enough for a halve and to keep the match tied after Spieth missed a six footer for birdie.

After both making pars at the par-3 17th, Kuchar then clinched the match 1up when draining a six footer for birdie at the 18th.

The victory for Kuchar proved some sort of redemption for him after having seen Spieth win The Open in front of him back in 2017.

Kuchar would go on to defeat Brian Harman 2&1 in the quarter-finals later in the afternoon to book a semi-final spot against Scottie Scheffler on Sunday morning.

Victor Perez and Billy Horschel will compete in the other semi-final.