It was a day to forget for some of Team Europe's biggest stars during the first round of The Players Championship. 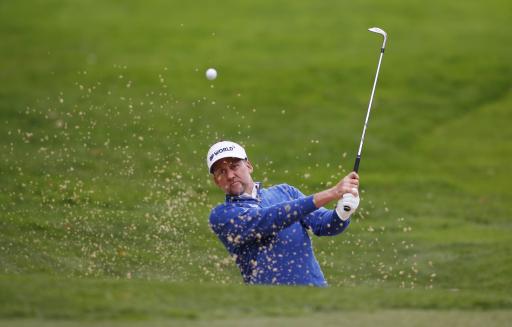 Ian Poulter was able to see the funny side as he made a brilliant video whilst sat with Rory McIlroy and Tyrrell Hatton, as four of Team Europe's biggest names got off to a shocking start at The Players Championship.

Sat alongside Hatton and McIlroy, with Henrik Stenson having just left, Poulter decided to make a video to mock the poor start to the tournament made by the four superstars.

Kevin Kisner on Ryder Cup selection disappointments: "They don't like me"
Hot Hideki Matsuyama: Do the stats show the way for his eighth PGA Tour win?

"We've got a hell of a lunch table here in the players' lounge," said Poulter, as he panned his camera round to show Hatton smiling in anticipation and McIlroy looking rather frustrated.

"Tyrrell has decided to sit down and join Rory and I. So collectively, the four people sat at this table; myself, Rory, Henrik, who's just left, and Tyrrell ... 29 over!

"What a bunch of muppets!"

All four players shot over par and without pointing fingers, it's Stenson's disaster score of 13-over par which makes up almost half of the collective score of 29-over.

Stenson finished the opening round dead last, with a nightmare scorecard that featured two double-bogeys and two triple-bogeys, whilst defending champion McIlroy looks unlikely to retain his title after he shot 7-over par.

Poulter shot the second best score out of the four players with a 5-over round of 77 and World No.7 Hatton shot 4-over par after he made three bogeys in his last five holes.

NEXT PAGE: Ben An mocks himself on social media after making an 11 at par-3 17th