It will be the first time that Luke Poulter has caddied for his dad at a professional event. 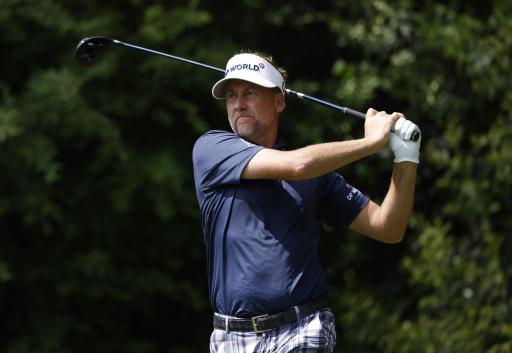 Ian Poulter confirmed yesterday that his 17-year-old son Luke will caddie for him at the Wells Fargo Championship at the beginning of May.

Experienced caddie Terry Mundy has been on the Englishman's bag for over 10 years, but Poulter's son Luke will be the one helping his dad out at Quail Hollow in two weeks time.

Poulter made the announcement on his Instagram page, using a great picture of him and Luke after the 2018 Ryder Cup when the European talisman beat Dustin Johnson in the Sunday singles to help Europe win the trophy.

The 45-year-old's best finish at the Wells Fargo Championship came in 2009 when he finished in tied fifth, three shots behind Sean O'Hair.

Poulter has made eight out of 11 cuts on tour this season with only one top 10 finish, so he will be hoping that having Luke on the bag in a couple of weeks will help him grab his first win since 2018.

There have been different golfers on the PGA Tour who have had family members caddying for them, including fellow Englishman and Ryder Cup stalwart Lee Westwood.

Westwood's partner Helen Storey has regularly caddied for him since 2018, replacing the vastly experienced Billy Foster. The World No. 23 has also had his son Sam on the bag too.

Stewart Cink won the RBC Heritage at Harbour Town Golf Links last week and the 47-year-old's son Reagan was caddying for him, which made the victory all the more special.

Also, Patrick Reed married his wife Justine in 2012 and she had caddied for him in Q-school and on the PGA Tour until 2014 when she was pregnant.