Jason Day led at the halfway stage of the Wells Fargo Championship last week, but he wasn't quite ready to see out his first victory in four years. 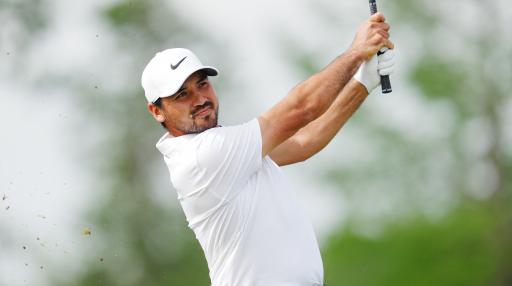 Ben Everill from PGA Tour.com, and a close friend of Jason Day, has vowed that the Australian will in again soon on the PGA Tour.

On SiriusXM PGA Tour Radio, Everill discussed Day's week at the Wells Fargo Championship at TPC Potomac where the 34-year-old led after two rounds, but ended up in tied 15th place.

Everill also revealed that Day is still suffering from the loss of his mother. Adenil "Dening" Day died of cancer in March having bravely fought the disease for five years.

Day can be forgiven for his recent slump in form on the tour, but he has certainly shown glimpses in 2022 that he can get back to his best with the tweaks he has made to his swing.

"We all know he has lost his mum relatively not that long ago. What most people don't realise is that during this time when he hasn't won, since 2018, she's been sick again and she was sick for a solid two years staying at the house. It was a secret that we kept for a long time.

"It was wearing on Jason for a long time and of course when she passed, that was a huge moment and now he's lost both his parents to cancer. Tough for him and he is still coming to terms with all of that and he's still got some emotions to work through and as he does that, we're going to see flashes of what he can be and the brilliance again.

"I'm hoping that we'll see another tick forward this week. If he's got his head back on, there's nothing to suggest that he can't get back in the mix and as he does more and more, as he can come to terms more and more with what's happened away from the course, we're going to see the best of Jason Day.

"And through the summer, Jason Day will win a tournament again."

He won five times and he picked up his maiden major title at the PGA Championship. He has spent a total of 51 weeks at World No.1.

Next Page: Who are the best putters on the PGA Tour ahead of the AT&T Byron Nelson?