John Daly starts his golf season off with an epic HOLE-IN-ONE!

Fresh off beating Tiger Woods and Charlie Woods at the PNC Championship with his son, John Daly has now made a hole-in-one! 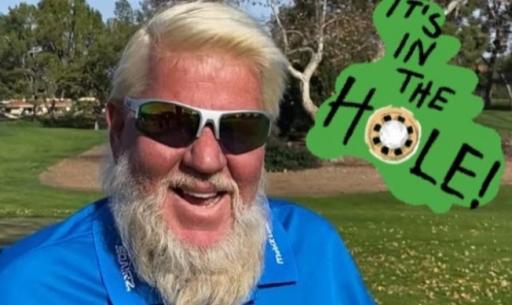 John Daly ended his 2021 season by defeating Tiger Woods and Charlie Woods at the PNC Championship alongside his son John Daly II, and he has started his 2022 season by making an epic hole-in-one. Not bad stuff from The Wild Thing, huh?!

Daly was playing alongside his long-time sponsors and friends and he made the ace on the 189-yard par-3 15th hole at Red Hill Country Club in California.

"It only took ONE swing!! It's in da Hole!!!" a smiling Daly posted on his photo.

"How do you thrive? Hole in one on the 15th at Red Hill Country Club!" Daly captioned his photos on Instagram.

Daly was coming off a memorable end to 2021 as he and his son defeated both Tiger Woods and his 12-year-old son Charlie Woods by two shots in the annual father-son PNC Championship.

After the tournament, Daly admitted to being impressed with what he saw from Team Woods, especially the 15-time major champion, who he thinks will still go on to beat Jack Nicklaus' major record of 18 wins.

"I think Tiger’s gonna be fine. He looked good. He looked a little tired, but he still looked great. He’ll be back, and I could see it in his eyes," said Daly on 'Fox and Friends'.

"He’s probably gonna beat Jack Nicklaus’ records and be the greatest of all time."

NEXT PAGE: JOHN DALY DISCUSSES HIS BEEF WITH TIGER WOODS AND WHAT HE TEXT HIM AFTER HIS CAR CRASH