Rahm: "Mentally, especially after a cruel US Open you need some stress free days and that’s the most important part." 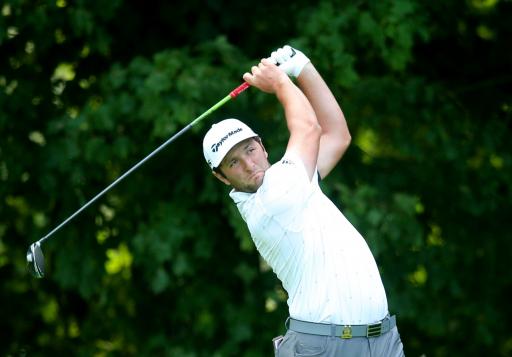 Jon Rahm returns to action this week for the CJ Cup at Shadow Creek and speaking to the media ahead of the tournament, the Spaniard revealed that the packed PGA Tour schedule over the last few months caused more mental fatugue than physical.

The World No.2 ended the season in style, winning the second FedExCup play-off event, the BMW Championship, where he drained a monster putt for birdie.

Rahm hasn't played on the PGA Tour since the US Open where he finished T23 at Winged Foot and speaking to the media prior to the CJ Cup, he explained that the busy schedule caused by the coronavirus pandemic was mentally tiring.

"I think the hardest thing was playing the three play-off events, winning the BMW in a thrilling finish, having East Lake, having five days and then going straight to the US Open," said Rahm.

"That’s what made it really difficult. Usually after East Lake we have some time off and then you get to play. There wasn’t really time to think about resting but now after the US Open I’ve had some time and I’ve taken the time.

"I don’t need that much time off to feel rested. I practice a lot so if I take maybe a week where I’m not going as hard as usual I’ll feel rested enough. I think the more important thing was when I mention the competitive stamina. There’s only so much each one of us can compete or to be able to compete at a high level and that’s where I think your mind has to feel comfortable and rested and that was the most important part for me."

Rahm went on to say that playing a lot of golf wasn't a problem for his body, but for the mental side of the game it's crucial to have some time to relax.

"Physically I felt great and I still feel great. Mentally, especially after a cruel US Open you need some stress free days and that’s the most important part," Rahm added.

"We still have a lot of golf to play until the Masters, so we have two great events without a cut which is less stressful, less people on the golf course and two great venues in great cities so I think it’s going to be a lot of fun to play those two events and then have two weeks to get ready for Augusta.

"It’s as simple as mind over matter, if you’re tired, mentally you can’t be. We’re here to win tournaments, we’re here to win majors and if you feel a little tired at Augusta well you’ve got to pull through.

"The tournament is much more important than how you feel so you got to get it done. You’re not always going to feel 100% every single week and some of those weeks are going to be majors and that’s no excuse, that’s why we practice and that’s what we do. So we’re there to compete and there to perform."

NEXT PAGE: Star-studded featured groups for The CJ Cup