Jon Rahm signed a multi-year equipment deal with Callaway in January, having previously been with TaylorMade. 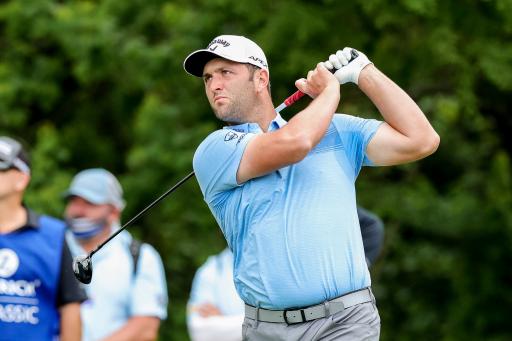 Jon Rahm became the latest high-profile player to sign with Callaway in January, joining Xander Schauffele and Phil Mickelson who are also with the popular brand.

Rahm had been with TaylorMade since he turned professional in 2016, but the World No. 3 made the change earlier this year.

The 26-yeard-old, who became a father in April, won his first PGA Tour title in 2017 when he won the Farmers Insurance Open. He followed this up in 2018 with a win at the CareerBuilder Challenge.

Rahm's finest moment of his career so far came when he won the Memorial Tournament in 2020, completing a three-shot victory over Ryan Palmer at Muirfield Village.

The Spaniard will tee it up at the Wells Fargo Championship this week, having taken the week off during the Valspar Championship at Innisbrook Resort.

Rahm has had a very consistent season on the PGA Tour so far with nine top-10 finishes in 13 events, including a finish for tied fifth at The Masters and tied ninth at the Players Championship.

The five-time PGA Tour winner is currently ranked fifth in greens in regulation this season, and is ranked eighth for overall scoring averages.

NEXT PAGE: HOW TO WATCH THE WELLS FARGO CHAMPIONSHIP: A TV GUIDE FOR UK AND US GOLF FANS