Rickie Fowler: How much is the American worth in 2021?

Rickie Fowler turned professional in 2009 and has since become of the most recognisable figures on the PGA Tour. 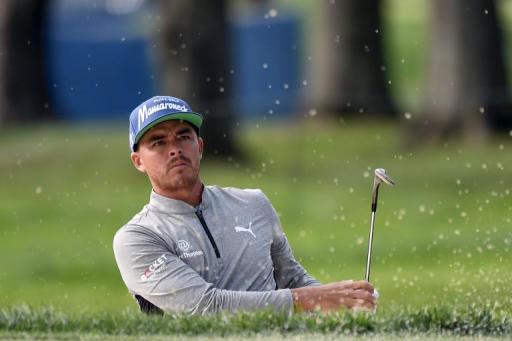 Although his form has dipped in recent years, Rickie Fowler has had an established and successful career on the PGA Tour, picking up five wins along the way.

Fowler's first victory on tour came in 2012 when he won the Wells Fargo Championship, which is being played at Quail Hollow Golf Club this week.

The 32-year-old had to wait another three years for his next PGA Tour title, but it was certainly a worthwhile victory. Fowler beat Kevin Kisner and Sergio Garcia in a playoff to win the Players Championship at TPC Sawgrass in 2015, which was arguably his biggest win to date.

His consistency on tour is clear to see as he has made four appearances for the United States at the Ryder Cup, but has only won the trophy on one occasion in 2016.

The man from California most recently won the Waste Management Phoenix Open in 2019, but since then his form has dipped and he has dropped to 116th in the Official Golf World Rankings.

Nonetheless, Fowler has earned a lot of money since his PGA Tour debut, winning $39,396,279 in total which is ranked 24th in the history of all-time tour earnings.

Since he turned professional in 2009, Fowler has been sponsored by PUMA Golf and the colour patterns and dress he wears has made him instantly distinguishable on the course.

The five-time PGA Tour winner also signed a multi-year deal with TaylorMade for the 2019 PGA Tour season to develop the TP5 and TP5x golf balls.

He is also sponsored by Rocket Mortgage, so it is fair to say that Fowler has built a healthy portfolio of sponsorship in his career. In 2015, he was named as the seventh highest-paid golfer by Forbes.

With all this in mind, it is estimated that Rickie Fowler is worth approximately $18 million.