Jordan Spieth on Patrick Reed ABUSE, and his advice for Bryson DeChambeau

Jordan Spieth says Patrick Reed is abused most on the PGA Tour, and he gives one piece of advice to Bryson DeChambeau after being heckled by golf fans. 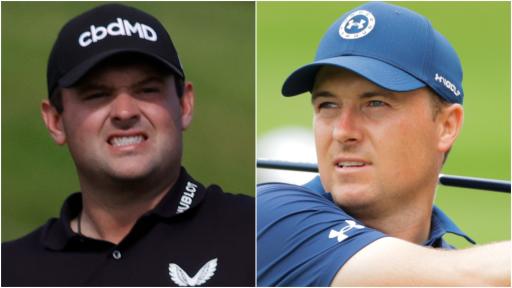 Jordan Spieth has told the media that Patrick Reed is easily the most abused player from golf fans on the PGA Tour.

Spieth has had something of a frosty relationship with Reed in recent times especially off the back of his compatriot's comments at the 2018 Ryder Cup when he said his "back hurts" from carrying him during the event.

When quizzed as to who was heckled most on the PGA Tour, the former World No.1 made no hesistation about one man on the circuit.

"I feel like, as far as pairings go, I would say if you’re paired with Patrick you hear some of the worst stuff — Reed, not Cantlay — from the crowd," said Spieth.

Spieth was also questioned by the media as to what he made of Bryson DeChambeau being heckled at the Memorial Tournament last week, with shouts of 'Brooksy' being heard from outside the ropes.

The three-time major champion, who was playing alongside DeChambeau when it happened at Muirfield Village, had some words of advice having experienced something similar himself on the PGA Tour.

"I’ve had people tell me I suck to my face for a long time, so I don’t — you know, I mean, nothing, you just kind of zone everything out," said Spieth.

"He (Bryson) mentioned it to me at one point and I said, ‘All anyone wants is a reaction and if you give it to them, it’s going to get worse.’ So it didn’t seem to bother him."