Golf fans react to YET ANOTHER Rickie Fowler advert on Instagram! 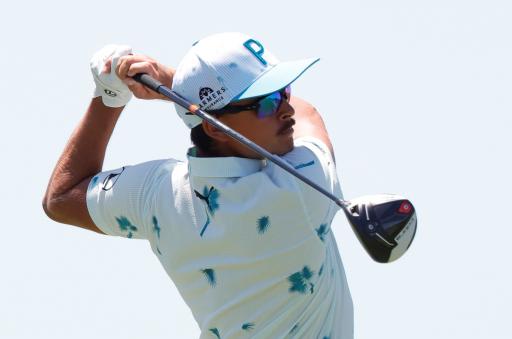 Rickie Fowler may have agonisingly missed out on a place in the US Open for the first time since 2010 this week, but he hasn't wasted any time posting yet another commercial on his Instagram page - and it's been met with criticism from a number of his followers.

Fowler unfortunately finished one shot shy of qualifying for the US Open, at an event that saw him get stuck in traffic in between tournament rounds. It marked another disappointing result for the five-time PGA Tour winner, who has notched just one top-10 finish on the PGA Tour in the last 17 months.

Fowler may be struggling to find his best form at the moment, slumping to a current 87th in the world rankings as a result, but we can assure you following our chats with Cobra Puma Golf in recent weeks that the former World No.4 is doing all he can to get back to his best.

The American is certainly feeling more confident about his game though and you can tell that by the way he was speaking in his post-US Open qualifying interview on Tuesday. The game is trending too with ties for 11th and eighth in his last two PGA Tour starts.

Unfortunately though, some of Rickie's most ardent followers are wanting instant results, especially after seeing him post yet another Farmers Insurance post on his Instagram page on Tuesday.

Another read: "Didn't qualify for the tourney? No problem! *Posts an ad*"

"Nooo, get back to just golf. Please. Think Hogan. Quit selling me. I don't want what you're selling if it's not your golf contribution. It's enough. All love."

"The Baker Mayfield of golf. More time shooting commercials than prepping for his craft."

There are plenty of other comments along similar lines if you want to check them out.

Does posting constant advertorials really mean Fowler isn't still trying his best to get back to winning ways on the PGA Tour?

Of course it doesn't. Fowler is still one of the biggest stars in the game both on and off the course and he likely will be for some time, still only at the age of 32.

Like many before him, Rickie has earned the right to become a marketer's dream after all the great work he has done in the game so far.

Rickie will be back. Mark our words. Everyone stay calm.