Kevin Kisner gave a very strong opinion of the recent feud between Brooks Koepka and Bryson DeChambeau when speaking to the media at the Palmetto Championship. 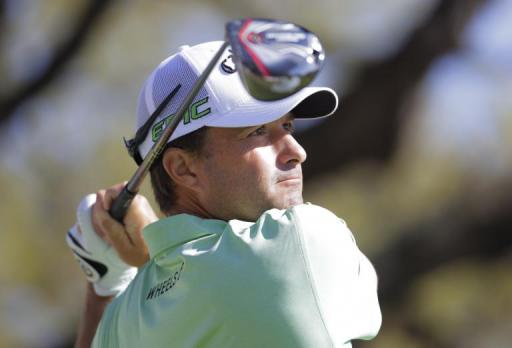 Kevin Kisner has said that he would like Brooks Koepka and Bryson DeChambeau to "quit all the B-S social media stuff" which has been a part of the pair's recent feud.

While speaking to the media at the Palmetto Championship, Kisner was talking about the tournament itself until he was asked a question about the spat between Koepka and DeChambeau.

The three-time PGA Tour winner did not mix his words on the matter and to be fair, he has always been one to show complete honesty with his views on tour.

"I sure would like to see them get on there and do a little pay-per-view and quit all the BS social media stuff," said Kisner.

Kisner won his first event on the PGA Tour in 2017 at the RSM Classic and he doubled his win tally in 2018 at the DEAN & DELUCA Invitational.

It was a year later when the 37-year-old arguably had the best week of his career when he won the Dell Technologies Match Play.

The Palmetto Championship is being held at Congaree Golf Club in South Carolina this week and the World No. 50 is a proud ambassador of the event.

Golf fans reacted to Kisner's comment on the Koepka and DeChambeau feud:

Kevin Kisner tees up his desire for a Brooks-Bryson PPV event. No surprise to hear that, seems like a logical next step lol https://t.co/x3YdXdan7n

Kevin Kisner on the Brooks-Bryson feud: "I sure would like to see them get on there and do a little pay-per-view and quit all the BS social media stuff."

NEXT PAGE: GOLF FANS REACT AS AN UNLUCKY GOLFER MISSES OUT ON A HOLE-IN-ONE!