American duo Xander Schauffele and Patrick Cantlay say they were not made aware of the Player Impact Program, despite the PGA Tour suggesting they informed players in January. 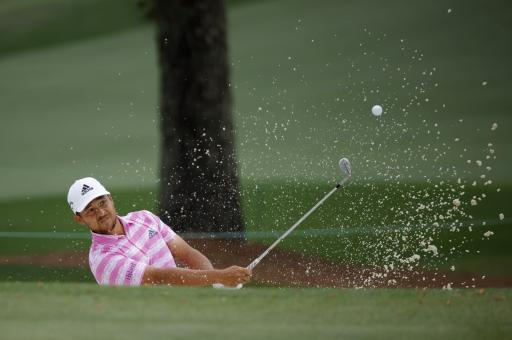 Xander Schauffele and Patrick Cantlay say they will not become more active on social media, despite the new Player Impact Program introduced by the PGA Tour that could see them earn millions of dollars at the end of the year.

The American duo will team up this week for the Zurich Classic of New Orleans, with the two friends heading into this week's PGA Tour team event as the highest rank pairing in the field.

Schauffele and Cantlay have played together in team competition before when they were paired together for the Presidents Cup in 2019 and they are relishing the opportunity to play side by side once again.

News recently broke that the PGA Tour had introduced its Player Impact Program back in January, informing its member that at the end of the year, 10 players would share a bonus of $40 million based on their 'Impact Score' to "recognise and reward players who positively move the needle".

On-course performance will have nothing to do with which players receive the bonus, whilst factors such as their Google search ratings will influence the final top 10.

Schauffele, currently ranked 5th in the world rankings, revealed that he knew very little about the new bonus system, despite the PGA Tour stating that players were given details back in January.

"We don't know much about it, in all honesty," said Schauffele. "Apparently we were told about it in January, I was not made aware, Pat [Cantlay] and I were in Hawaii, we weren't made aware of this news, maybe we were and we forgot about it, but I can't really speak on it."

Cantlay then backed up Schauffele's comments, suggesting he didn't know the finer details of the Player Impact Program.

"Yeah, I don't any of the particulars on it," said Cantlay. "So I'm just going to try and win as many tournaments and see how far up I can get on it."

Both Schauffele and Cantlay are very quiet on social media and it's likely that players who make receive the new bonus at the end of the year will be players who are more active, but the pair insist they won't be changing their ways in an attempt to make more money.

"I mean, I can speak for both of us, we're maybe a bit old school when it comes to that," Schauffele added. "I'm not on my account, I don't even think, my brother helps run my account, Pat doesn't even have Instagram on his phone, neither do I anymore, so we're hard to reach on there."