The new bonus system will see $40 million dollars split between 10 players at the end of the year, with the No.1 player taking home $8 million. 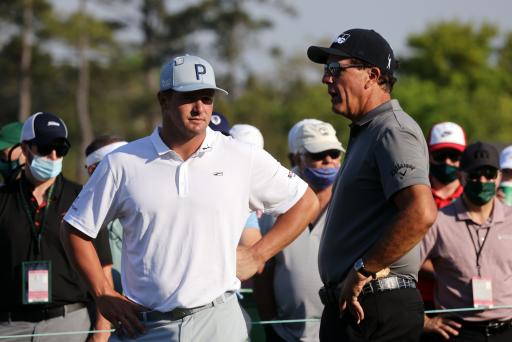 The PGA Tour has introduced a new bonus system based on player popularity that will see 10 players share $40 million at the end of the year, with the No.1 ranked player in the new structure taking home $8 million.

The news comes from a report on Golfweek by Eamon Lynch who says that the 'Player Impact Program' as it is known, began in January and players will be ranked based on numerous factors throughout the year, but none of which are performance based.

PGA Tour players will be ranked using their 'Impact Score', with a tour spokesperson stating the aim of the program is to "recognise and reward players who positively move the needle".

The new bonus system was brought in to combat against the Premier Golf League which has threatened the PGA Tour in recent years, with Saudi-based investors attempting to lure the biggest names in the game away from the traditional tours.

There are six factors that determine a player's 'Impact Score' and should you wish to see further details about each one, then check out the original Golfweek report for more information:

According to an 'Impact Score' simulation of the 2019 season that was sent to PGA Tour players, the top 10 players that would have shared the Player Impact Program bonus that year were (in order): Tiger Woods, Rory McIlroy, Brooks Koepka, Phil Mickelson, Rickie Fowler, Jordan Spieth, Dustin Johnson, Justin Thomas, Justin Rose and Adam Scott.

The top rankings at the end of this year will undoubtedly look very different, as Woods won The Masters in 2019 but has been out injured due to the injuries he sustained in a car crash in February, whilst Bryson DeChambeau - who was ranked 12th in the 2019 simulation - would easily break into the top 5 based on Impact Score.