Justin Thomas reveals he is still struggling to come to terms with what happened at the Tournament of Champions... 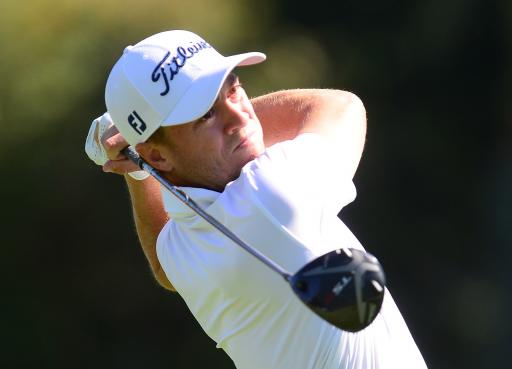 Justin Thomas believes his homophobic slur at the Tournament of Champions in Hawaii earlier this season has "taken a toll" on his recent performances on the PGA Tour.

Since going on to finish tied third that week at Kapalua, the 27-year-old American has missed two of his last four cuts around the world albeit with a tie for 13th and 15th in his other two starts.

Thomas missed a five-foot putt for par on the 4th hole before uttering a homophobic slur while tapping his ball in for bogey. WATCH the incident here:

Big fan, not a great look.

Are we gonna apologize for the language here @JustinThomas34 @PGATOUR ? pic.twitter.com/QvIYdOv7F9

The World No.3 would apologise for using the homophobic word immediately after the round, and he would later go on to lose his Ralph Lauren appeal deal as a result - something that divided opinion among golf fans around the world.

Speaking to the media ahead of this week's Players Championship at TPC Sawgrass and Thomas made it very clear he is still not yet over what happened some two months ago.

"I'm doing okay, I have definitely been better, but at the same time it's a good opportunity for me to try to grow and learn and get stronger because of it," said Thomas.

"I think it's kind of put a lot of things into perspective, and unfortunately for my golf, it's taken a toll on that a little bit, and I haven't been playing as well as I'd like. But I've been working and kind of tweaking things here and there, just trying to figure out kind of what's going on.

"At the end of the day I'm like an iPod Nano; I just keep shuffling! I think I have been trying to tweak too much or look for things. I'm just trying to keep it as simple as possible. I think it's easy to search for too much or think that I need to find something when I maybe don't, if that makes sense.

"For me right now, getting consistency in my driver is something that I'm really focusing on. I've hit more drivers and 3-woods the last month or so than I have in a while.

"I'm just continuing to work on everything else, that's the hard part is you can't focus so much on one thing because then the other parts of your game go astray. That's just kind of in the never-ending chase that all of us are a part of out here."

NEXT PAGE: BRYSON DECHAMBEAU HINTS HE MIGHT TAKE A VERY UNUSUAL LINE OFF THE 18TH AT SAWGASS THIS WEEK!