Justin Thomas frustrated by missed chances on the PGA Tour 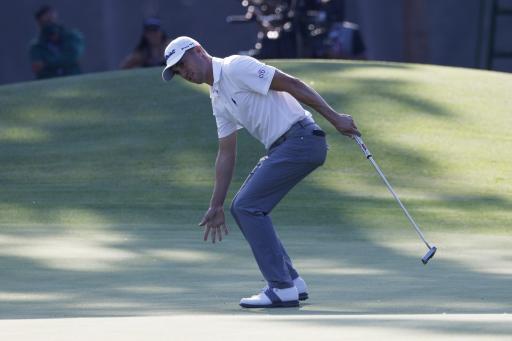 Most would look at Justin Thomas' 2019/20 as a successful one, but the World No.3 has revealead he is frustrated with himself for not taking advantage of leading positions and missing out on titles he feels he should have won.

Although 2020 was a difficult year for many in golf, Thomas still won two tournaments, claiming the Sentry Tournament of Champions in January and the WGC-FedEx St Jude Invitational in the summer.

Wins aside, Thomas found himself in excellent positions midway through numerous tournaments, but ended up ruing mistakes that cost him the win, including the Workday Charity Open where Collin Morikawa came out as the victor, which still drives Thomas "absolutely crazy".

"I played well this fall, but I feel like I've had a really good opportunity to win three times and I haven't won any of them, so that's a little disappointing," said Thomas ahead of this week's Mayakoba Golf Classic, where the American enters as the favourite with the bookies.

"I think I have to find a little bit better way to kind of get focused or just to really close the deal. I had a 54-hole lead in LA and didn't get it done, and had a co-lead for 36 holes at Augusta and had the lead through 18 at the US Open and I didn't get it done at any of those.

"So I clearly need to work on something or get something improved to get it done when I get in those scenarios again. But I've been working hard and I feel good about my game."

Speaking to the media ahead of the action in Mexico this week, Thomas was asked what he thinks about more, the wins or the frustrating events, to which he replied: "The ones that got away always. I think that's spoken like any golfer.

"As an athlete, I think it's always easier to look at the failures or look at the things that went wrong because that's what I'm able to build on and learn from.

"I mean, I think about Workday more often than I should, because it drives me absolutely crazy that I didn't win that tournament. There's so many shots on those last three holes that I wish I had over, but it is what it is.

"It was weird because I really feel like I've done a great job of closing out golf tournaments or playing well with the lead and doing well, but for some reason this year I didn't do that.

"I just didn't hit the shots I needed to, I didn't perform the way I should have, but you know, I'm going to have a little bit of time to reflect and I feel like I have a decent grasp or understanding what it was.

"But no, I very well understand that I was, you know, probably four or five rounds away from having another historic year, but it doesn't mean that can't happen next year."