Patrick Cantlay criticised the PGA Tour's choice of courses on the schedule ahead of the BMW Championship at Wilmington Country Club. 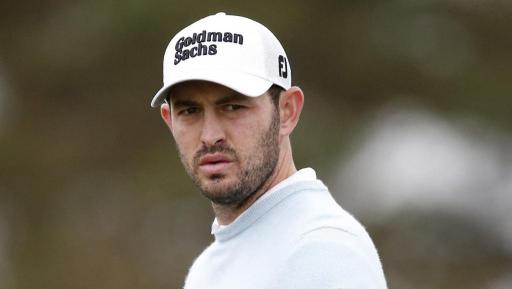 Patrick Cantlay has criticised the PGA Tour's choice of courses on the schedule ahead of the BMW Championship.

Reigning FedEx Cup champion Cantlay is not the only player to express frustration this week. Jon Rahm, the former World No.1, hit out at the playoff system, describing it as "ludicrous".

When Cantlay, 30, won this tournament last year at Caves Valley via an enthralling playoff against LIV Golf's Bryson DeChambeau, he described it as "a bombers paradise".

And this year, Cantlay has picked out similarities with Wilmington Country Club, describing it as "extremely distanced biased".

"I don't think there's too much strategy to this golf course. I think it's pretty right in front of you and similar to last year," he told Golfweek.

"The venues between last year and this year are actually really similar, I think, in style of golf.

"I'm so surprised that [the Tour hasn't] figured it out. It just seems like we're getting more and more of the same bomb-it-as-far-as-you-can golf courses week after week."

The solution for Cantlay is obvious. To combat the number of big hitters, they need to be playing tighter layouts.

It's no coincidence that some of the bombers don't turn up to the venues where a different approach is required.

"The way we combat the distance, the way these architects seem to think they want to combat distance is by taking all the trees out and playing it 7,600 yards and put the tees way back and all the par-5s are at 600 yards. I don't think that makes any sense.

"I'm surprised every time I come to a golf course where they say it's recently been redone and then there's no real shaping of golf shots. It's just how far can you hit it and grab your driver on every hole and hit it as high and hit it as far as you possibly can.

Cantlay also offered his opinion on the sentiments expressed by Rahm earlier in the week, suggesting that they still haven't got the perfect formula yet.

"I'm not really sure [what the solution is]. I think there's got to be smarter people than me that have more experience putting this on than — it seems to get tweaked every year, and I'm not necessarily sure why. We went to the everyone starts at a different score to par a couple years ago. That still feels strange to me.

"Like I said, Playoffs is obviously a challenge in golf, and I'm not sure anyone has figured it out, the perfect formula yet."

Cantlay also confirmed he was in the meeting that Tiger Woods attended earlier in the week.

Though it seems the players are remaining tight-lipped over what was said.

Next page: Will Zalatoris blanks mentor after Twitter outburst