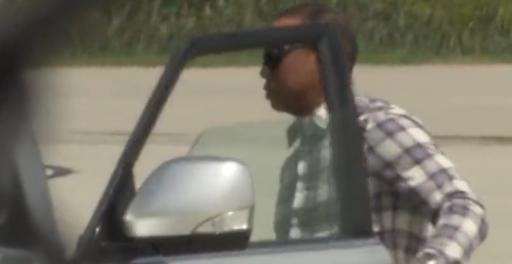 Some of the world's best PGA Tour players including Tiger Woods, Rory McIlroy and Jordan Spieth attended a meeting about the LIV Golf Tour on Tuesday afternoon.

The crunch meeting surrounding the Saudi-backed golf circuit took place at an off-course hotel ahead of this week's second FedEx Cup Playoffs tournament at the BMW Championship in Wilmington.

Despite not teeing it up this week, Tiger Woods and Rickie Fowler attended the meeting alongside the likes of Rory McIlroy, Jordan Spieth and Justin Thomas.

#VIDEO: Tiger Woods & Rickie Fowler step off the jet in Philly. Tiger is driving to the meeting at the BMW pic.twitter.com/wXjAJi6fFo

Woods flew from Florida to Philadelphia and then drove 30 minutes with Fowler to the meeting in Delaware.

The meeting is said to have lasted three and half hours, and one player who attended the meeting told ESPN that it was "a good meeting".

The goal of the meeting was to get as many of the biggest PGA Tour players together to discuss how the PGA Tour is going to tackle LIV Golf moving forwards.

"It was all about the top players getting on the same page," the unnamed PGA Tour player told ESPN.

PGA Tour commissioner Jay Monahan was not invited to the meeting, it was just a player meeting.

Monahan is, however, hosting a Q&A with PGA Tour members on Wednesday afternoon.

McIlroy, speaking ahead of the BMW Championship, hailed Woods as an "alpha" figure after the players met to discuss LIV Golf on Tuesday.

"It's impactful and I think it shows how much he cares about the Tour," said McIlroy.

"I think it shows how much he cares about the players that are coming through and are going to be the next generation.

"Like it or not, they can't really sell Tiger Woods anymore. The Tour had an easy job for 20 years. They don't have Tiger - yes, they've got a bunch of us and we're all great players, but we're not Tiger Woods. We're moving into a different era, and we just have to think about things a little differently.

"He is the hero that we've all looked up to. His voice carries further than anyone else's in the game of golf. His role is navigating us to a place where we all think we should be.

"I think it's pretty apparent that whenever we all get in the room there's an alpha in there, and it's not me."

The meeting comes just a week after it was revealed by Telegraph Sport that World No.2 and Open champion Cameron Smith has already agreed to a huge deal to move to LIV Golf after the FedEx Cup Playoffs this month.

Brooks Koepka, Bryson DeChambeau, Dustin Johnson, Phil Mickelson, Sergio Garcia and Patrick Reed are other high-profile names in the world of golf to have joined the LIV Golf Invitational Series this season.