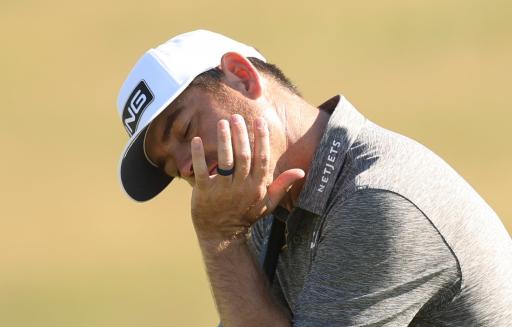 Louis Oosthuizen has decided to withdraw from this week's Wyndham Championship on the PGA Tour citing a neck injury.

Oosthuizen has vaulted to seventh in the world rankings as it stands following an incredible run of performances that includes four top-three finishes in his last seven starts - highlighted by two runner-ups at the US PGA and US Open followed by a tie for third at The Open.

The South African currently lies eighth in the FedEx Cup Playoffs so he will likely have every chance of fighting it out for his first FedEx Cup at the season-ending Tour Championship in early September.

Ooosthuizen will be replaced in the field this week by Wes Roach, who is No. 208 in the FedEx Cup standings.

RELATED: OUR BEST BETS FOR THE WYNDHAM CHAMPIONSHIP

Roach will join Jason Kokrak and Josh Teater for the opening two rounds, the latter replacing Patrick Reed who also withdrew from the tournament on Tuesday.

Webb Simpson and Hideki Matsuyama headline this week's tournament on the PGA Tour, which is the last event before the FedEx Cup Playoffs begin in full at the Northern Trust for the top 125 in the points race.

That will be then be whittled down to the top 70 who will compete at the BMW Championship, with the the top 30 in the race heading into the Tour Championship to decide who will win the FedEx Cup and huge $15 million first prize.

NEXT PAGE: BEST US RYDER CUP FOOTJOY APPEAREL YOU CAN BUY

US PGA
"Everyone deserves a second chance": What is Bryson DeChambeau talking about?
US PGA
Bryson DeChambeau's broken wrist "held up nicely" on practice day at US PGA
Equipment
The TOP 5 FootJoy golf shoes ahead of the PGA Championship!
PGA Tour
Scottie Scheffler reveals the point when he knew he'd won The Masters
Equipment
Do you need a new pair of GOLF SHORTS for your game this summer?