Golf Betting Tips: Our BEST BETS for the Wyndham Championship 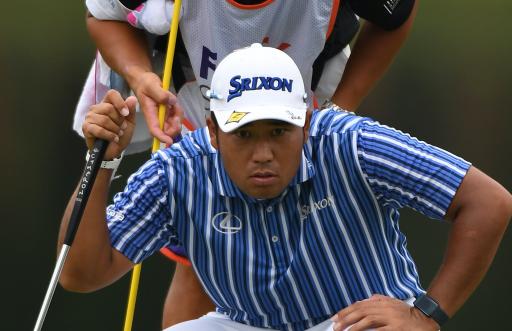 The PGA Tour is back in North Carolina for the Wyndham Championship this week, which was the site of Jim Herman's third win on tour in 2020.

Herman finished one shot ahead of Billy Horschel on 21-under-par. As you can tell by the American's score, the players are able to go very deep into the red numbers at Sedgefield Country club.

Webb Simpson is the favourite to win the event that he claimed victory at in 2011, winning by three strokes on 18-under-par. The World No. 19 has also finished second on two other occasions.

Although the 2012 US Open champion will have a great chance this week, we have three picks for you that we believe will give you the best run for your money.

Since winning The Masters in April, Hideki Matsuyama experienced a severe dip in form. At the Olympics, he lost in a 7-man playoff for the bronze medal in Japan and this was his first top-10 finish since he won his green jacket.

The Japanese star built on his performance at Kasumigaseki Country Club to achieve another playoff place at the WGC-FedEx St. Jude Invitational, but he lost again to Mexican Abraham Ancer.

The six-time PGA Tour winner is returning to form and he could certainly be a formidable competitor in North Carolina this week.

What more can you say that hasn't been said about Louis Oosthuizen. He has finished second a staggering four times this season, including at the US Open, the PGA Championship and a tied third finish at The Open Championship.

At 18/1, Oosthuizen is still a very generous price. He is ranked first in strokes gained in putting and second in scoring averages, he is having a fantastic season and he only needs a win to top it off.

NOTE: Oosthuizen has since WD from the tournament - our replacement pick will be Webb Simpson at 12/1.

Brandt Snedeker played well to finish in the top 20 at The Open Championship and he followed that up with a solid finish for tied 11th at the 3M Open.

Although the experienced American has only finished in the top 10 twice this season, he has won the Wyndham Championship twice in his career. At 55/1, the 9-time PGA Tour winner is bound to have another good week at a tournament that he clearly enjoys playing at.