Matt Jones opens up three-shot lead at the Honda Classic 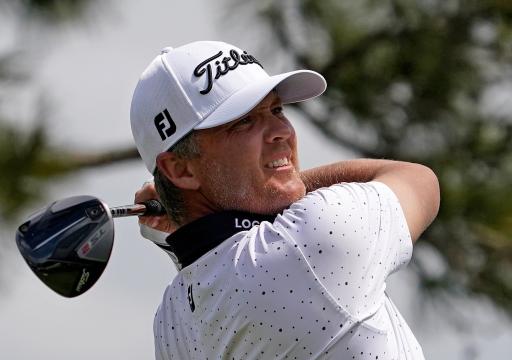 Matt Jones will take a three-shot lead into the final round of the Honda Classic at PGA National in Palm Beach Gardens, Florida.

Jones, 40, carded a solid 1-under 69 on a testing day of scoring to move to 10-under par and three shots clear of JB Holmes and Aaron Wise.

Australia's Jones is bidding to win his second career title on the PGA Tour following his maiden victory at the 2014 Houston Open.

Matt Jones birdies 14 to earn a share of the lead.#QuickHits pic.twitter.com/inua5VZjRJ

Jones is currently ranked 83rd in the official world golf rankings and has just one top-10 finish on the PGA Tour so far this year.

Wise, who led by two shots heading into the third round, moved six strokes clear early on in the front nine but endured a dismal back nine with four bogeys en route to a 5-over 75.

CT Pan fired a best-of-the-day 65 earlier in the day to vault up into a tie for fourth on 6-under par alongside Cameron Tringale and Sam Ryder.

Pre-tournament favourite and defending champion Sungjae Im was left to rue a double-bogey five on the 17th but he remains in contention for the title on 5-under par with Keegan Bradley, Robert Streb, Zach Johnson, Stewart Cink and Brice Garnett.

Shane Lowry moved up to second earlier in the round but soon tumbled down the leaderboard following five bogeys on the last eight holes to fall back to 3-under par for the tournament.

Rickie Fowler's struggles once again continued on day three with a disastrous 8-over 78 to lie tied 66th.