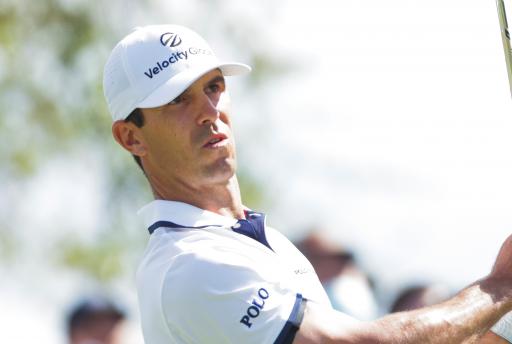 Billy Horschel defeated Scottie Scheffler 2&1 to win the WGC Match Play at Austin Country Club for the first time in his career.

Horschel, 34, has now won six tournaments on the PGA Tour and the victory marks his first since teaming up with Scott Piercy to win the 2018 Zurich Classic of New Orleans.

Neither Horschel or Scheffler produced their best golf in the final with both players over-par for the round, with tiredness clearly some form of issue following five intense days of match play golf, with two rounds on both Saturday and Sunday.

Scheffler took an early lead with a par at the par-4 2nd after Horschel drove into the rocks, but he responded with a stunning chip-in birdie on the par-4 5th to tie up the match.

Lucky break off the tee.
Chip-in from off the green.@BillyHo_Golf ties it up at the 5th. https://t.co/ZprJ7COni0 pic.twitter.com/kJrOuQbobo

The 2014 FedEx Cup champion then moved ahead with a par at the par-3 7th when Scheffler failed to get up-and-down from behind the green, and he was soon 2 down with another sloppy bogey at the par-4 9th.

Horschel and Scheffler then halved the next eight holes, and that was good enough for Horschel to see out his first title on the PGA Tour in nearly three years, and his first individual victory since May 2017.

Scheffler, who was accused by many on social media and even in the Sky Sports commentary box of slow play on Sunday, is still going in search of his first title on the PGA Tour.