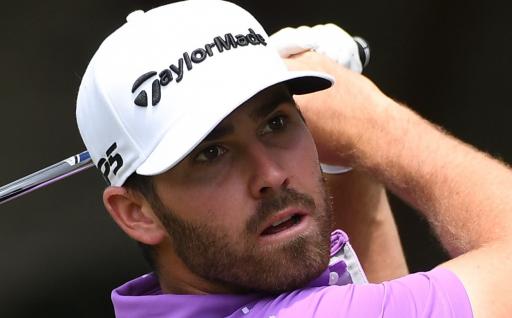 Matthew Wolff made his first-ever hole-in-one on the PGA Tour during the final round of the Hewlett Packard Enterprise Houston Open.

Wolff trailed by one shot heading into the final round but got off to a slow start with three bogeys on his first six holes.

Then things turned around big time for Wolff at the par-3 9th with a moment of magic.

The American struck a solid 9-iron down the flag from 186 yards out and his ball rolled into the cup like a putt for his first hole-in-one on the main circuit.

Wolff still has it all to do on the back nine though if he is to land his second PGA Tour title as he trails the lead by three shots.

Here's how a number of golf fans reacted to Wolff's hole-in-one.

WATCH: CALLAWAY CHROME SOFT? TAYLORMADE TP5? WHAT IS THE BEST GOLF BALL OF 2021?

"Congrats on your first ace, no doubt the first of many."

"Hopefully that fires him up for the back nine, been shocking so far on the front."

"And to do it with that swing is quite incredible."

"That is one of the weirdest swings I have ever seen."

"Matt Wolff will be World No.1 one day. Class player."

NEXT PAGE: ARE YOU ALLOWED TO HAVE IRONS WITH NO GROOVES?