Golf Rules: Are you allowed to have irons with NO GROOVES?

Not that you would want an iron without any grooves, but are you allowed? 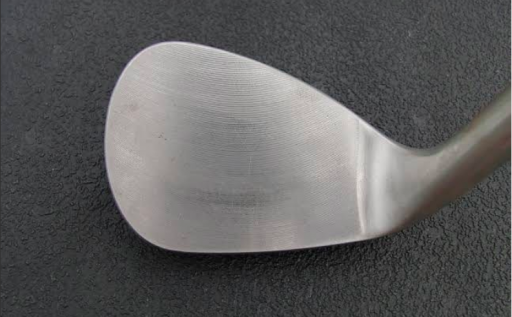 We have seen many golf clubs over the years posted on social media that have either been conforming or non-conforming.

Most recently, we saw a picture posted that featured a driver with a hole in the head and there was a question as to whether this was a design that is allowed.

WATCH: NEW SIGHTING OF TIGER WOODS LIMPING BUT WITHOUT CRUTCHES

As we learned, you are only allowed putters with holes in the head and not drivers, woods or irons. And now, we have found another club that poses a similar question.

In this post below by golfrules_questions, we see a club that has no grooves. Yes, you read that correctly. In the picture, there is a golf club with no grooves.

Grooves are an extremely important part of the golf club. They help to increase the spin rate and control over your ball flight. Grooves are often seen as a feature where different golf companies can gain an edge in iron production.

The answer is yes. Grooves are just an addition made by club manufacturers. You are allowed to use a club without grooves as they don't have to be carved into the clubfaces.

It would certainly be interesting to see a comparison between a smooth-faced club and a normal club with grooves. But if you do hit a club with no grooves, don't be surprised if it doesn't rip back 10 feet on the putting surface.