Jason Kokrak made four consecutive birdies on the back nine at Memorial Park to win the Hewlett Packard Enterprise Houston Open. 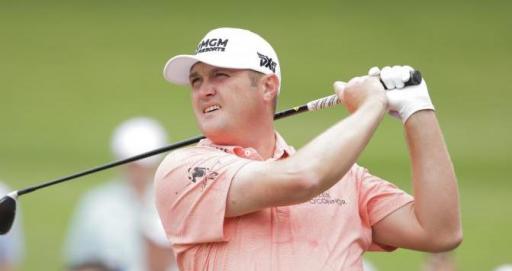 Jason Kokrak put in a superb display on the back nine at Memorial Park to win the Hewlett Packard Enterprise Houston Open by two shots.

Kokrak suffered a horror second nine in the second round on Friday, playing it in 41 shots and he was seemingly out of the tournament. He was 9 shots off the lead heading into the weekend.

The 36-year-old has now won three times on the PGA Tour since October 2020, as he finished two shots ahead of Scottie Scheffler and Kevin Tway.

"I got off to a decent start (in the first round) I was playing good, but it was delayed due to darkness and I came out in the morning, it was freezing," said Kokrak.

"I really didn't have my best stuff and I struggled through the first part of that day. I'm really blessed to be standing right here, as bad as I played in the middle of the round.

"I made some putts and that is what kept me in it."

Kokrak began the day two shots behind Scheffler on 5-under-par and he started conservatively with two birdies and a bogey in his opening six holes.

Martin Trainer, the 36-hole leader and a player who hadn't made a cut in his last 18 starts, made birdies on the 2nd, 5th and 8th holes to reach 8-under-par, in a tie for the lead with Scheffler.

Trainer then holed an amazing 71-foot putt for a birdie on the par-3 11th hole to take the lead on 9-under-par. But this was when Kokrak began his charge.

He made birdies at the 13th, 14th and 15th holes to tie for the lead and he then added a fourth consecutive birdie at the par-5 16th hole to take a commanding two-shot lead on 10-under-par.

He went on to post this clubhouse-leading score with a 65 and watched on as his lead became three shots. Trainer made bogeys at the 14th and 17th holes and Scheffler blundered at the 10th, 11th and 14th holes.

Scheffler, still on the hunt for his first win on the PGA Tour, clawed two shots back on the 16th and 18th holes to post a 1-under-par 69, but it wasn't enough.

Matthew Wolff made an incredible hole-in-one on the par-3 9th hole on Sunday, his first ace on the PGA Tour, but it wasn't enough for the 22-year-old to pick up his first victory since the 2019 3M Open.

Tway shot a final-round 68 to tie for second place with Scheffler on 8-under-par, but it wasn't enough to prevent Kokrak from his second win in 2021 in the state of Texas.