Max Homa captures his second career PGA Tour title as the wait for another win for Tony Finau continues... 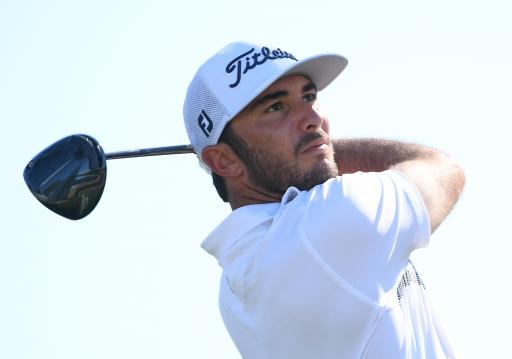 Max Homa captured his second career PGA Tour title with victory at the Genesis Invitational in a playoff over Tony Finau.

Homa had a golden chance to win the tournament in regulation play on the 72nd hole, but agonisingly missed his short three-foot birdie putt and he finished on 12-under par alongside Finau, who had carded a superb low-round-of-the-day 64.

He currently sits tied for the lead with @TonyFinauGolf.#QuickHits pic.twitter.com/zffPdpKiey

Finau looked to be in the ascendancy on the first playoff hole, the par-4 10th, when Homa's drive rested close up against a tree but the pair somehow ended up halving the hole in par to move onto the second extra hole.

Incredible chip from the tree from Homa.

Both players settle for par at the 10th.

The advantage was then handed to Homa on the par-3 14th hole when Finau found the greenside bunker with his tee shot. Homa replied by sending his ball onto the green to some 15 feet, and two-putted for par.

Finau splashed his ball out to 10 feet but could not convert his testing right-to-left par save as he once again fell short in his bid to end a five-year wait for a second PGA Tour title.

Down to a playoff battle.@TonyFinauGolf's par putt goes just wide as @MaxHoma23 claims his second win on TOUR. pic.twitter.com/cLCTE5Nfxk

"It's bittersweet right now," said a disappointed Finau, who has now posted 38 top-10 finishes around the world since his last victory at the 2016 Puerto Rico Open.

"I can't quite get my head round what's happened at the moment, but I know I'm playing some great golf and I'm going to try take the positives."

The victory for Homa moves him up into the world's top 50. WATCH his emotional interview in the video below:

"City of champions. Dodgers, Lakers, and me now."

Sam Burns had led for the entire week but was left to rue three costly bogeys in the space of four holes on the back nine to fall back into solo third and one stroke back on 11-under par.

Cameron Smith finished in fourth on 9-under par, with Jon Rahm in a tie for fifth on 7-under par alongside Viktor Hovland and Matt Fitzpatrick.

World No.1 Dustin Johnson endured a disappointing final-round 72 to fall back to 6-under par in a tie for eighth.