What's in Max Homa's bag as he claims the Genesis Invitational

Max Homa beat Tony Finau in a playoff to win the Genesis Invitational and he's one of several players on the PGA Tour who are enjoying the use of a 7-wood in the bag right now. 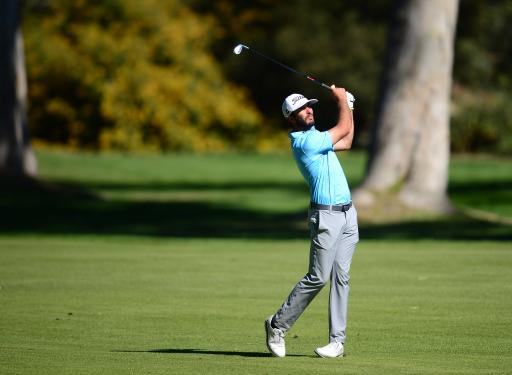 Max Homa beat Tony Finau in a dramatic playoff on Sunday to win the Genesis Invitational, a tournament that Homa has been going to watch since he was a child and the California-native was extremely emotional after sealing the win.

Winning on home turf clearly meant a lot to Homa, especially with Tiger Woods presenting him with the trophy, a player who Homa has idolised and looked up to since he can remember.

Homa used a full bag of Titleist equipment and is one of several players who are now carrying a 7-wood on the PGA Tour.

Typical set-ups tend to see players use a 3-wood and 5-wood as their fairway combination, whilst others swap the 5-wood for utility irons, but 7-woods seem to be starting to make a trend, with World No.1 Dustin Johnson recently adding one to his bag.

RELATED: Dustin Johnson reveals why he LOVES using a 7-wood!

Homa has been in solid form as of late and his victory at Riviera, whch marked his second on the PGA Tour, moved him up to 38th in the world rankings.

Check out Homa's winning bag below.

Max Homa - What's in the bag of the Genesis Invitational winner

NEXT PAGE: Tiger Woods "looked absolutely fried" in CBS interview about The Masters