Olympic Golf Tournament: 5 new FORMATS that could help improve it

What did you make of the Olympic Golf tournament? Here are five ways we think it could be improved moving forwards... 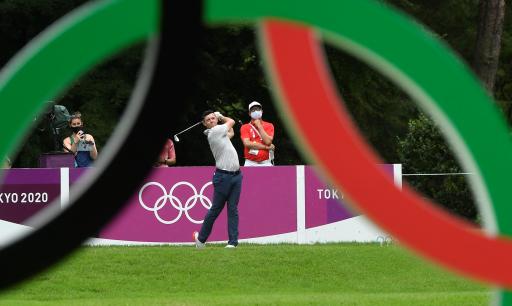 Xander Schauffele might be a worthy Olympic gold medallist for the United States following his one-shot victory over Slovakia's Rory Sabbatini, yes Slovakia, but you have to ask yourself did the traditional 72-hole strokeplay tournament really set pulses racing on the world stage?

In two words, not really.

So perhaps it was a success after all.

Okay, the Japanese time difference hardly helped matters for us golf-mad Brits who set a nice early 5am alarm call for BBC's live final-round coverage, but I can't help but feel golf missed a golden opportunity just as it did in Rio five years ago.

When you consider the sport is doing just about everything it can to encourage new players of all abilities to give golf a shot right now - just as Niall Horan's Modest Golf team proved on the European Tour at last week's ISPS Handa World Invitational with the inclusion of male and female golfers - there are few bigger weeks in the sporting calendar than the Olympics with which to appeal to the masses.

Tokyo was teeing up golf to do something different, only golf chose to play safe.

No matter what some Tour pros like Paul Casey have said, or even others like Rory McIlroy are now saying in the aftermath, Olympic Golf will never find itself on the same podium as the four majors at The Masters, Open, US Open and US PGA.

Even the majority of LPGA Tour golfers - many of whom will compete in the Women's Olympic Golf Tournament this week - would agree victory in one of their five major championships would still outweigh a gold, silver or bronze medal at the Games.

That is the simple truth.

As a result, and with millions watching on around the world, I say let's freshen things up for the next Olympic Games in 2024 with one of the following five formats.

Some of which even comprise both men and women representing their nation in a team format.

#1 - BEST ROUND TEAM FORMAT FOR MEN AND WOMEN

Four rounds and 72 holes of golf, with two men and two women competing for their nation. You take the best score from your nation every day. For example, Tommy Fleetwood and Paul Casey both shoot 68s, Georgia Hall shoots a 67 and Charley Hull comes in with a 66... then Great Britain opens with a round of 66 on the leaderboard. It keeps everyone involved for the entire four rounds. I mean, you have to ask yourself as it currently stands in the individual format, and with no money but just world ranking points on the line, do some players really care when they are 24 shots off the pace heading into the final round?

Okay, not the most imaginative idea given we see foursomes and fourballs played in the likes of the Ryder Cup, Presidents Cup and Solheim Cup, but how about we use the same format used for the World Cup of Golf where the leading two players from your nation compete together in foursome and fourball strokeplay formats. Again, it makes everyone feel part of the team. You could either keep things separate for both men and women, or you could even include men with women so Casey and Hull represent Great Britain, for example. Both would work well.

This format is one I really like when it's used at the end-of-year Franklin Templeton Shootout presented by Greg Norman in Naples, Florida. Two players can represent their nation, competing in Texas Scramble on day one, followed by foursomes on day two and fourballs on day three. You would get some incredibly low scores on day one with the Texas Scramble format that sees each team take the best result of each shot every time. Things then get tougher on day two with the foursomes alternate-shot format, and then everyone likely gets hot in the fourballs when you take the best score in your group for the final day. Makes for great entertainment.

We've all been calling out for more match play golf, so why can't the Olympics get behind the movement? Forget your round robin-style WGC Match Play Championship, let's be having some no holds barred knockout matchplay. Win, progress. Lose, pack your bags. Seedings would be decided based on your position in the world rankings, so #1 plays #64.

Taking inspiration from another event I have enjoyed in the past, this time with the GolfSixes that was sadly cancelled last year due to the Covid pandemic. The classic greensomes match play format is used, and two players represent each nation. All four players in each match drive and the team then chooses the best tee shot. You then play alternate shot from there. It's quick and easy to watch, and will keep entertainment levels high. The first day's play would have teams split into four groups of four. In the group stages, 3 points are given for winning a match, with 1 point given for a draw. The top two teams from each group progress to the knockout stages – the quarter-finals, the semi-finals, a 3rd place playoff match and the final – all of which are contested on the second and final day. The winner of each match is the team with the most holes won after a six-hole contest.

What would you like to see changed when it comes to the Olympic Golf tournaments for men and women, or are you happy with the traditional 72-hole strokeplay format? Share your thoughts and comments over on our social media channels on Instagram, Facebook and Twitter.