Ryder Cup rivals Patrick Reed and Alex Noren lead the Farmers Insurance Open after the opening round, whilst Rory McIlroy failed to capitalise on a strong start. 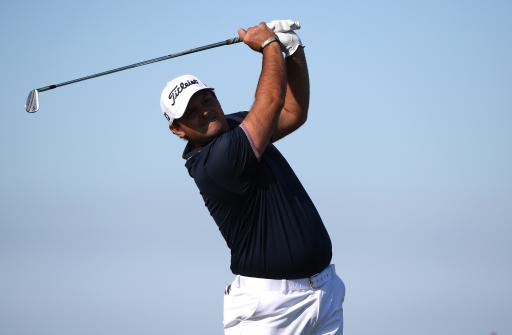 Patrick Reed and Alex Noren lead the Farmers Insurance Open at Torrey Pines and although Rory McIlroy will be disappointed to be four back after a strong start, the Northern Irishman looked impressive on the more difficult South Course.

Ryder Cup rivals Reed and Noren both shot 8-under par rounds of 64 on the easier North Course on Thursday, whilst McIlroy's 68 was one of the best scores of the day on the South Course, where this year's US Open is set to take place.

McIlroy, who made the long trip from Abu Dhabi to California after playing on the European Tour last week, got off to a hot start and reached the turn at 4-under par but he looked as though he'd run out of gas during the back nine and failed to get any closer to the leaders.

Starting his round on the back nine, Reed rolled in three birdies in-a-row and another string of consecutive birdies on his back nine. The 2018 Masters champion is pleased with his position but is wary of the bad weather forecasted to come on Friday as he takes on the South Course.

"I felt like I hit the ball well, left myself with a lot of good opportunities, a lot of makeable putts, and when you're doing that around a golf course like the North, you have to go take advantage of it, especially with what's coming within the next 24 hours," said Reed.

"I had to go out knowing that we're going to get pretty good conditions, go out and try to make as many birdies as possible to be able to kind of weather the storm tomorrow. I was able to kind of get off to a hot start and just kind of ride momentum going on through the rest of the round."

Noren, who lost to Jason Day in a play-off at the 2018 Farmers Insurance Opeen, birdied three of his last five holes to join Reed at the top of the leaderboard.

Friday's second round is predicted to be delayed due to to the heavy rain and thunderstorms forecasted in San Diego, but Noren is prepared for what the South Course will demand of the Swede.

"I'm hoping that we're going to not get too flooded during the night," said Noren. "But I played the South Course twice this week and I know how long it is now, especially when they lengthened some tee boxes, put them back.

"It's a test, you definitely need some good ball‑striking there, especially in windy conditions, so it's good to get some birdies on the North."

Jon Rahm, who played the South Course on Thursday, was 3-under par through four holes, but he too failed to take advantage of a fast start and posted a 3-under 69.

Rookie of the Year Scottie Scheffler currently sits in third place on his own with a 7-under par round on the North Course.