Well they were seperated by a year... but it still counts as back-to-back hole in ones... right? 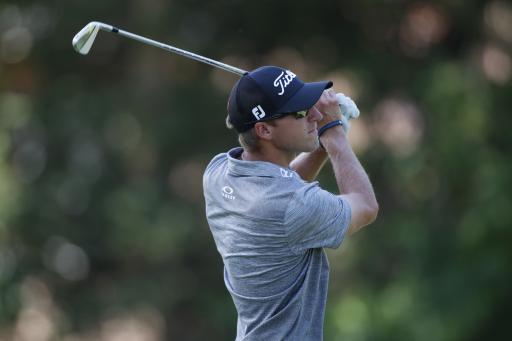 Okay okay so they weren't even in the same round, but, technically speaking, Richy Werenski made back-to-back hole in ones at Torrey Pines even if they were separated by a year.

During Thursday's opening round of the Farmers Insurance Open, Werenski started on the South Course, where this year's US Open is set to be held in June.

Werenski stepped up to the 188-yard par-3 3rd hole on the South Course at level par, making fours on the first two holes, but the 29-year-old quickly found himself 2-under par when he made a sensational hole-in-one.

So how can he have back-to-back aces when that was his first par-3 of the day? I hear you ask. Well during the final round of last year's Farmers Insurance Open, Werenski made a hole in one at the par-3 8th hole (he started on the back nine) so technically speaking, the American made two consecutive aces at Torrey Pines.

Werenski went on to shoot a 3-under par opening round, which is a very respectable score on the South Course, the more difficult of the two at Torrey Pines.

The worst part of this story is that the cameras weren't even following Werenski when he made his ace, so no one has even been able to watch it and see his reaction.

Patrick Reed and Alex Noren lead the tournament after the opening round at 8-under par, but both players will face the South Course on Friday, where heavy rain and thunderstorms are expected to delay the action.

PGA Tour
Rory McIlroy SURGES up the leaderboard on day two at Wells Fargo Championship
News
Golf reporter gets "A LOT OF HEAT" for interview with Patrick Reed
Equipment
The BEST golf balls you can buy for under £40 in 2021
US PGA
Justin Thomas FUMING about the use of golf laser rangefinders at US PGA
PGA Tour
"It's definitely interesting": Rickie Fowler on proposed Golf Super League