The 2019/20 PGA Tour schedule has been announced and it could mean trouble for the Irish Open. 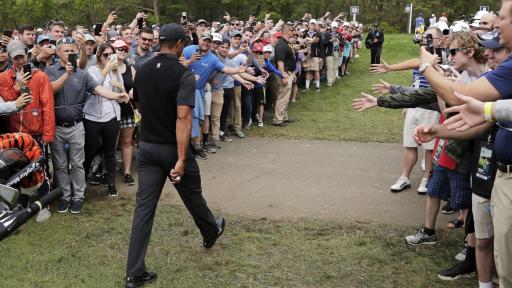 GolfMagic takes a look at the dates and venues for the 2019/20 PGA Tour season and it could mean trouble for the Dubai Duty Free Irish Open.

On Monday, the PGA Tour announced its full schedule for the 2019/20 season, which will see 49 tournaments played throughout the year, with just four empty weeks from September 2019 to August 2020.

The WGC event in Memphis, recently won by Brooks Koepka, has been moved back to the first weekend in July. It will now be played two weeks after the U.S Open and two weeks before The Open.

It makes more sense from a travelling perspective, but July 2-5 is usually reserved in the European Tour schedule for the Dubai Duty Free Irish Open, which was won by Jon Rahm this year.

Related Articles
Cameron Smith in the mix at FedEx St. Jude Championship amid LIV Golf links
Here's why the PGA Tour have not suspended Cameron Smith from the Playoffs

If the Irish Open is to be played that same week next year, the clash with the event in Memphis could see a very poor turnout at the Irish Open, due to the amount of prize money available at the WGC event.

RELATED: What every player won at the WGC FedEx St. Jude Invitational

Jay Monahan, commissioner of the PGA Tour, said: "We are thrilled to expand the number of events to 49 while maintaining a great flow from start to finish, allowing our fans to better engage and follow the PGA Tour throughout the season."