PGA Tour pro Wyndham Clark sent packing from Riviera after signing for an incorrect scorecard on day one at the Genesis Invitational. 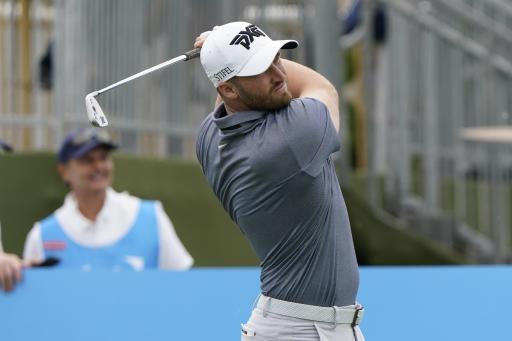 PGA Tour pro Wyndham Clark was sent packing from Tiger Woods' Genesis Invitational at Riviera on Thursday after signing for an incorrect scorecard after his first round.

Clark, who is winless so far on the PGA Tour, shot a 6-over 77 but was then disqualified after it emerged his scorecard had not been filled in correctly.

The 28-year-old American started the year brightly with a solo 13th at The American Express last month but he has since finished tied 56th, tied 65th and missed the last two cuts on the PGA Tour.

PGA Tour Communications Twitter confirmed the DQ after the round:

Wyndham Clark is a DQ following R1 of The Genesis Invitational for signing an incorrect scorecard.

It’s 2022 and everybody knows the exact distance and direction of every single shot Clark took today. So who cares about signing a scorecard like it’s 1908 and scores are reported by smoke signals or pigeons?

Greg, get me Wyndham’s number pic.twitter.com/afrM3PpqZa

Clark had his best finish of his PGA Tour career at the Honda Classic in March 2019, where he went into the final round with the lead before falling back to seventh place.

Joaquin Niemann tied the record for the lowest opening round in event history with an 8-under 63 on Thursday to take the lead as the Chilean goes in search of his second career title on the PGA Tour.

Niemann will need to remain on his game though with the likes of Scottie Scheffler, Jordan Spieth, Justin Thomas, Collin Morikawa and Cameron Smith all hot on his heels after 18 holes.

NEXT PAGE: RORY MCILROY REVEALS WHY THE SAUDI GOLF LEAGUE WILL FAIL TO DELIVER