Steve Williams and Tiger Woods shared a long-running joke after Woods hit one of the worst shots he's ever seen at the 1999 Bay Hill Invitational. 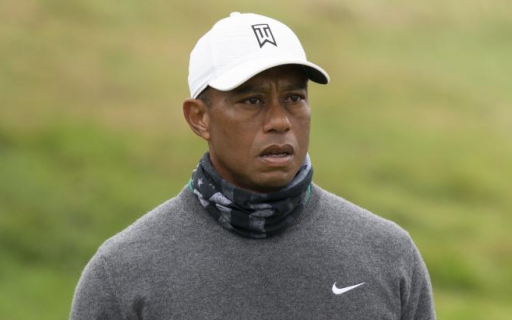 Tiger Woods' former caddie Steve Williams once jokingly branded the superstar "overrated" during one of the first tournaments they worked together in 1999.

Speaking to the Chasing Majors Podcast, Williams revealed that Woods hit one of the worst shots he has ever seen from a professional golfer at the 1999 Bay Hill Invitational, now called the Arnold Palmer Invitational.

This is where a long-running joke stemmed from when the famous New Zealander called Woods "overrated." As we all know, this soon proved to be a bad judgement.

Despite the then 23-year-old coming tied 56th that week in 1999, he has ironically gone on to win this event in Florida a record eight times.

"With Tiger's desire to win golf tournaments and his priority on winning and nothing else counts, I knew straight away that that was going to be a lot of pressure," Williams said.

RELATED: RORY MCILROY REVEALS WHY THE SAUDI GOLF LEAGUE WILL STRUGGLE TO BE A SUCCESS

"A good week for him was just winning a golf tournament and I knew straight away. We didn't get off to a great start at Bay Hill. He hit one of the worst golf shots I've ever seen in my life from a golf pro.

"We joked about that for a long time. I think he finished about 55th at that tournament, I said 'Man you're seriously overrated!'

"We laughed about that for a while and we had this standing joke that if we don't get much better, you won't be working for me on the golf course, it'll be at TW's car wash.

"It was on the 13th hole at Bay Hill. It's a lay-up off the tee and there's a ravine going across and it's a very narrow green. It's a very easy hole and he hit a wedge from the middle of the fairway and it not only missed the green, but it missed the bunker. It was about 30 yards left."

This story shows that no one is perfect, even a 15-time major champion can make hideous mistakes. Williams also spoke about Woods' obsession with winning and his incredible work ethic.

The pair first teamed up when Woods parted ways with Fluff Cowan in March 1999. It seemed many people facilitated his merger with Williams such as his coach Butch Harmon and his good friend Mark O'Meara.

Having already caddied for Greg Norman and Raymond Floyd on the PGA Tour, it was no surprise that Williams was contacted to take up bag duties for who was then a world-class prospect.

Williams hilariously told the podcast that when Woods first phoned him at a tournament in Miami, he didn't believe it was truly Tiger and rejected the call.

"Butch said to me at Doral if I would be interested in talking to Tiger about it (being his caddie). Tiger had asked a few people, including Butch, 'who shall I talk to about getting a new caddie?'" Williams continued.

"Three or four people talked to Tiger about it and they all came up with my name so Tiger decided to give me a call. It's a funny story, I was in my hotel in Miami caddying and the phone rings.

"The gentleman on the end of the phone said 'It's Tiger Woods here' and I had a mate that could take Tiger's voice off to a tee and I thought to put the phone down.

"I rang him again and said 'Look Bob I'm tired, give me a ring tomorrow, I've just flown in from New Zealand etc... and I put the phone down again.

"It rang again and I thought maybe it wasn't Bob and actually it was Tiger! We got off to a good start really. I drove up after the tournament to Orlando and went to meet Tiger."

And as they say, the rest is history, rich history. The famous duo won 62 times on the PGA Tour and earned 13 major championships together. They became the most iconic player-caddie team in the game.

During a period of injury frustration for Woods in 2011, the pair parted ways and Williams went to caddie for Adam Scott until 2017.

NEXT PAGE: DUSTIN JOHNSON HAS A SHOCKER IN THE SAND: "HAS HE GOT SOMEWHERE ELSE TO BE?"