Tiger Woods says PGA Tour Player of the Year race is over... is it?! 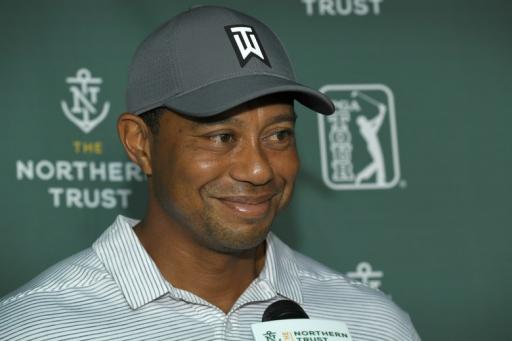 The season-long FedEx Cup race for $10 million may be hotting up with the first of four Playoffs events at The Northern Trust this week, but Tiger Woods believes the PGA Tour's coveted Player of the Year accolade is already locked up whatever happens over the next few weeks.

Woods, who opened with a level-par 71 on day one at Ridgewood Country Club, responded to the media when quizzed if Brooks Koepka had done enough to justify himself as the best player of the season.

"You win two majors, you've got it. It's not real complicated," said Woods, who has won the award a record 11 times.

"It was very similar to what DD (David Duval) went through in '98, with Marko (Mark O'Meara) winning two major championships, I think that trumps - what, DD won four times that year. I think two majors trumps it."

Koepka successfully defended his US Open title in June and then went on to land his third career major at the US PGA Championship, with Woods finishing two strokes back in second.

Woods, who was playing ahead of Koepka in the final round of the US PGA earlier this month, stayed behind to congratulate Koepka - something that surprised the three-time major winner.

"Obviously I wasn't expecting it," Koepka told the media this week.

"And I made the turn around that corner and I saw him and I was, like, I was kind of in shock a little bit to think he waited around for 30 minutes just to watch me finish.

"He said congrats. And I think I told (Tiger), 'I heard you.' I think that's what I said to him. And it's nice. Anytime you can get some congratulatory, anything said or the guys waiting around the green, that's always nice.

"You're out here so many weeks a year, and sometimes away from your family, and the tour kind of becomes your family. So when you have these guys hanging around, it's special. And especially coming from him."

Watch the moment below...

Koepka started brightly on day one of the Northern Trust with an opening 4-under 67 to sit alongside the likes of defending champion and world number one Dustin Johnson.