Phil Mickelson reportedly made these remarks to Alan Shipnuck as he put the finishing touches on his book due out soon. 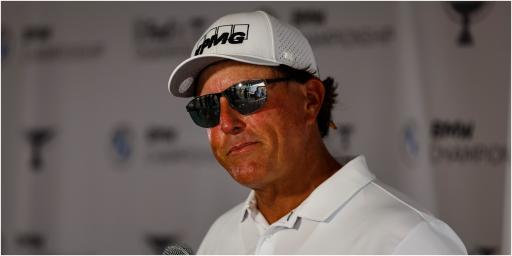 Phil Mickelson admits the Saudis are "scary mother f***ers" to get involved with in a new book shedding light about his issues with the PGA Tour.

Alan Shipnuck has written a book entitled "Phil: The Rip-Roaring (and Unauthorized!) Biography of Golf's Most Colorful Superstar".

Shipnuck states he had a phone call with Mickelson last November as he was putting the finishing touches on his book where Lefty explained his position with the PGA Tour and its commissioner Jay Monahan.

The author, who interviewed more than 200 subjects for the book, claims Mickelson told him that he didn't pretend to be excited about "hitching his fortunes to Saudi Arabia".

Furthermore, he claims Mickelson admitted the SGL was nothing more than what he called "sportswashing" by a brutally repressive regime.

Next page: Saudi Golf League to kick off during Players week?