Jon Rahm named as one of the 16 golfers that makes up the PGA Tour Player Advisory Council for 2022; Rory McIlroy is the chairman until 2024. 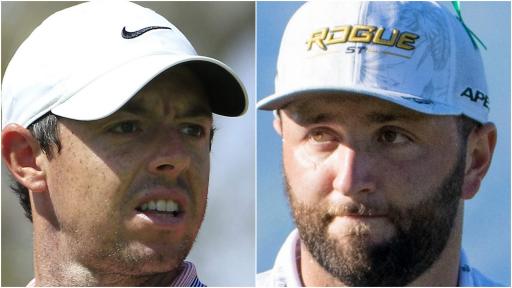 The PGA Tour has confirmed the 16 players that will make up its Player Advisory Council for 2022, which will be led by chairman and four-time major champion Rory McIlroy.

McIlroy, 32, was elected as the new chairman of the PGA Tour's Player Advisory Council in 2021 and he will serve a three-year term through to 2024.

Jordan Spieth was previously the chairman before McIlroy.

Patrick Cantlay, Billy Horschel, Peter Malnati and Webb Simpson have been named as Player Directors to run for PAC co-chairman.

The top two voted will then replace James Hahn and Kevin Kisner as Player Directors on the PGA Tour Policy Board.

Charley Hoffman is already on the policy board through to 2023.

SHOP HERE: BEST WATERPROO GOLF SHOES YOU'RE PROBABLY NOT EVEN CONSIDERING THIS SEASON - AND THEY'RE AVAILABLE FOR $80!

World No.1 Jon Rahm has been named as one of the 16 golfers to make up the PGA Tour's Player Advisory Council for 2022.

Golf Betting Tips: BEST BETS for PGA Championship Day Two
The BEST Nike Golf shirts as seen at the PGA Championship
The role of the PAC is to consult with the PGA Tour Policy Board and PGA Tour Commissioner Jay Monahan on all the issues currently effecting the Tour.

NEXT PAGE: KEVIN NA SAYS HIS WALK-IN PUTTING HAS ONLY BECOME A THING SINCE TIGER WOODS COPIED HIM

US PGA
Rory McIlroy gives hilarious answer to question after setting US PGA lead
US PGA
WATCH: Scottie Scheffler has temper tantrum at PGA Championship
US PGA
Struggle with short putts? Do not watch Will Zalatoris...
US PGA
Tiger Woods after Round 1 of US PGA: "Playing that kind of golf is gone"
US PGA
US PGA R1: Exhausted Tiger Woods struggles to keep up with Rory McIlroy