Tiger Woods was told to wear red on Sundays by his Mum Tida - and here's why... 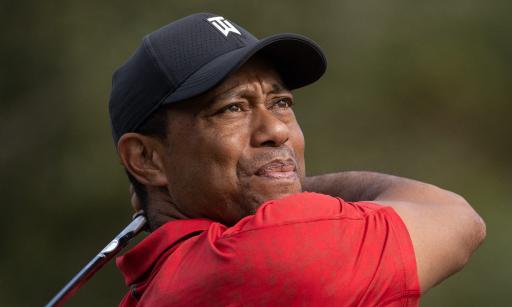 Tiger Woods has won 82 times on the PGA Tour, highlighted by 15 major victories, and he has done so sporting his famous Nike red colours.

Woods, who is tied for PGA Tour wins with Sam Snead, has always donned red in the final round ever since he was a professional on the PGA Tour as a result of a conversation with his mother, Tida.

"I wear red on Sundays because my mom thinks that is my power colour," said Woods of his choice of apparel.

"And you know, you should always listen to your mom."

Woods first signed with Nike in a deal worth $40 million back in 1996 when he turned professional on the PGA Tour.

His next contract with the sports giant came in 2001, said to be worth double his initial deal around the $100 million mark.

Nike has stuck with Woods through thick and thin, even when he has been going through difficulties off the golf course in recent years.

Woods might be on the sidelines as he continues to recover from his serious leg injuries sustained during his horror car crash in Los Angeles last February, but he did team up with his 12-year-old son Charlie Woods to finish second at the PNC Championship in December.

Despite that performance providing plenty of optimisim for Woods fans, it is understood that the 15-time major champion will unlikely play too much golf on the PGA Tour in 2022, if at all.

John Cook, a close friend of Woods and former PGA Tour winner, believes we might not even see him play at all again until the PNC Championship with son Charlie in late December 2022.

Woods has, however, made it clear he would like to compete at the 150th Open Championship at the Home of Golf, St Andrews, in July.

RELATED: JOHN COOK BELIEVES WE MIGHT NOT SEE TIGER WOODS IN ACTION AGAIN UNTIL THE PNC

Woods has played some of his most memorable shots wearing red in the final round.

Here's a little compilation of some of Woods' finest shots:

Lots of PGA Tour players wore red in the final round of the Genesis Invitational in 2021 to pay tribute to Woods following his car crash.

But Max Homa, who ended up winning the tournament in a playoff over Tony Finau, came under heavy criticism from a number of a golf fans for not joining in.

It was, however, a result of sponsorship duties and not having a red shirt in that colour.

"I mean this with zero hyperbole, this is the weirdest thing I've ever experienced on Twitter," said Homa.

"I love Tiger more than you guys, promise. Listen to an interview from last week.

"Red and black tomorrow doesn't prove that. A lifelong attempt to mimic his approach to the game does."

NEXT PAGE: HOW MUCH IS TIGER WOODS WORTH RIGHT NOW?