Inspired by a visit to former swing coach Butch Harmon, the 32-year-old returned to form but this dreadful final round statistic continues... 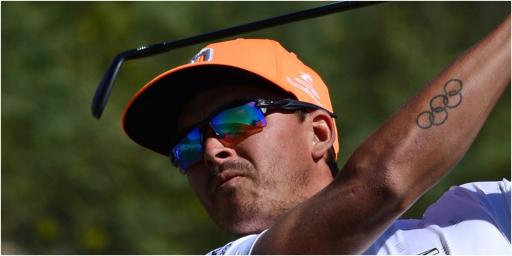 A rejuvenated Rickie Fowler returned to being in contention on the PGA Tour last weekend after a season stuck in neutral.

It has been difficult watching Fowler, 32, struggle to find any form and last season by his own admission he was dreadful.

He has plummeted down the rankings to as low as 128th but he managed to hit the right note in the Las Vegas desert last week.

There just was an experienced high roller in the form of Rory McIlroy and pure iron striker Collin Morikawa who stood in his way.

RELATED: WILL WE SEE TIGER WOODS PEG IT UP WITH NELLY KORDA?

His round on Saturday was so exceptional in the fact he managed to find all 18 greens in regulation.

To put that in to context it was only something he has managed to do three times in his career.

"Humbled" Fowler slept on a 54-hole lead for the first time on Tour in more than two years.

Yet something hangs over Fowler like a bad smell when it comes to closing out tournaments.

This weekend marked the sixth time Fowler has failed to close when leading through 54-holes.

It is a statistic that goes back all the way to the Memorial in 2010 when he led by three strokes and Justin Rose closed it out.

Perhaps it is too harsh to criticise this Fowler on this one as he was only 21 years old, shot 1-over and Rose went bogey-free.

Rickie Fowler landed the Phoenix Open last night but it wasn't without drama along the way! pic.twitter.com/zODZbr12yO

At Wells Fargo in 2016 he signed for a final round of 74, shooting 2-over par and gave up the lead again.

Fowler held the 54-hole lead at the 2017 Honda Classic and had a four-stroke advantage going into the final 18.

But he managed to get the win in that one.

A year later in he finished in a tie for 11th at the 2018 Phoenix Open after having a one-stroke lead.

But made up for that the next time around when he held on to his one-stroke lead in the same tournament despite an unfortunate penalty.

Fowler's ball rolled back into the water on the par-4 11th hole when he didn't mark it correctly in the pouring rain.

Fowler eventually held a 16-foot putt for a triple-bogey before going on to claim the win.

Perhaps in the early part of his career it's too harsh to judge Fowler and demand victories.

Before his final round in Las Vegas at the CJ Cup at Summit this past weekend Fowler's final round averaged at 73.29 as the 54-hole leader.

Yet he failed to close again.

Is it too harsh to demand more of Fowler?