Westy looks like he is putting the disappointment of the Ryder Cup behind him by training with his son to hit some bombs... 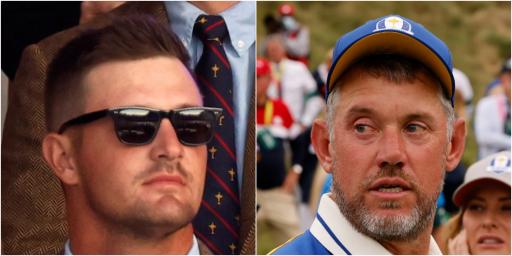 Lee Westwood had a forgettable Ryder Cup but he appears to be trying to put it behind him by getting in the gym.

The 48-year-old European Tour stalwart looked devastated as it dawned on him he may have played his last match in the blue and gold.

Asked whether it would be his last Westwood choked up and told the media he hoped it wouldn't be in their post-loss press conference.

But he took satisfaction from the fact he got to share a special moment by having his son Samuel on the bag in Whistling Straits.

Now Westwood looks like he is focused and gearing up for a return to action and is still putting in the work in the gym.

He is no stranger to using social media and posted an image of him looking exhausted and dripping in sweat earlier this week.

If Monday was a photo pic.twitter.com/rJvhYlBXJ0

"If Monday was a photo," he captioned the image.

Now it looks like he is still very much not giving up on the pursuit to gain more distance.

He posted a video of a training session alongside his son and they both hit what Phil Mickelson would describe as "hellacious seeds".

Westwood, dressed in jogging bottoms, lets rip and achieves a ball speed of 173mph and carries it a total of 310 yards.

He tags Bryson DeChambeau in the clip and says: "How are we doing?"

DeChambeau is currently taking some time off and is on holiday in the Bahamas, but he is still training and hitting bombs too.

RELATED: UK GOLF CLUBS 35 PER CENT DOWN ON UTILISATION

NEXT PAGE: BRYSON HITS BOMBS IN THE BAHAMAS