Rory McIlroy: "I NEVER dreamed of an Olympic gold medal" 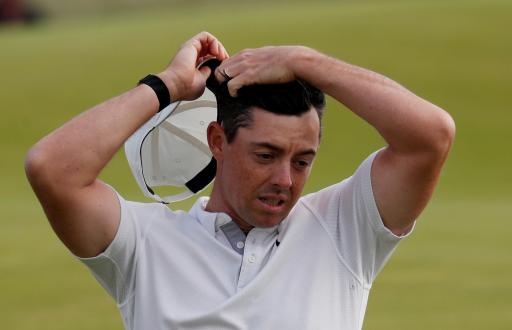 Rory McIlroy admits he has dreamed of lifting a Claret Jug and slipping on a Green Jacket in the past, but never wearing an Olympic gold medal.

McIlroy, who fulfilled a childhood dream when winning The Open Championship in 2014 as one of four career major titles to date, will represent Ireland alongside 2019 Open champion Shane Lowry at the Olympic Games this week.

"I don't know what it would mean," said McIlroy, who has slipped to 13th in the world rankings following some indifferent form of late.

"It's a hard one to put into words. If it wasn't an option for you growing up and dreaming about it, so what's the... maybe I could articulate it a little better if I was in possession of one."

ON THE FLIP SIDE: PAUL CASEY BELIEVES NOTHING BEATS WINNING A GOLD MEDAL AS A GOLFER

McIlroy was delayed in his preparations this week as his private jet did not arrive in Tokyo until Tuesday, and as a result he only got his first inspection of Kasumigaseki Country Club on Wednesday.

"It's great," McIlroy said of the course.

"It's really, really nice. I've always been a big fan of Tom Fazio courses anyway. I'm trying to sort of think of like what I could compare it to back in the States, but it's a really fun golf course. It's in great shape, obviously. It's immaculate.

"There's plenty of opportunities out there for birdies, but if you don't hit the fairways, the rough is pretty penal in spots."

McIlroy has chosen to go with a different putter in Tokyo this week, which you can see more in our Instagram post below: