Paul Casey: NOTHING beats winning a gold medal as a golfer!

Major championship or gold medal - what do you think means more to a golfer? 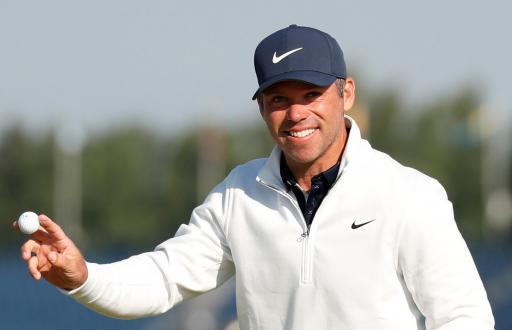 Paul Casey believes winning a gold medal at the Olympics would be a greater achievement than even landing a major championship.

English duo Casey and Tommy Fleetwood will represent Great Britain in the Men's Olympic Golf Tournament in Tokyo this week, and they will represent the nation as defending champions with 2016 winner Justin Rose ineligible to compete.

"I was a massive fan of the Olympics as a kid growing up and loved watching it during the summers," said Casey, who did not compete when golf made its 112-year return to the Games in 2016.

"Never thought I would be sitting here as an athlete in the Olympic Games until seeing golf’s inclusion back in Rio and then Justin’s brilliant performance.

"I guess we’ve got a lot to try and live up to. We’re defending gold, technically, Team GB. I couldn’t be more proud to be included in this great Team GB team.

"Honestly, even this week I feel kind of invigorated and I feel passion and pride to be wearing this shirt and to be competing and I couldn’t think of anything greater than winning a gold medal as a golfer."

While he did not suggest winning a gold medal was greater than winning a major championship, Fleetwood certainly echoed his compatriot's sentiments in terms of competing at the Games.

"It means a lot," said Fleetwood, who made it into the field when both Tyrrell Hatton and Matt Fitzpatrick, who were ahead of him in the standings, chose to bypass the tournament.

"I was so, so happy when I made it to the Olympics. I think from the moment I put a shirt on in my garage at home to getting on the flight to arriving here to being around the village, I think all of it is a very special experience.

"But I think being surrounded by all the athletes that put so much into this on a daily basis throughout their lives, I think it’s inspirational. You’re both a competitor and one of the biggest GB fans because you’re in and amongst it and you’re with everyone.

"So far I’ve loved every minute. Obviously, you get to the golf course and you do everything that you normally do. But just what goes around this event, it being the Olympic Games, it’s something that we have never done before and it’s amazing.

"I think one of the things that is apparent when you’re at the Games is every athlete of every sport is on their own journey. Some guys are unbelievably excited and happy to have even just made it to an Olympic Games, to be an Olympian.

"There are others that are expected to win gold. There’s others that know that if they do well they can win a medal. So I think everybody’s got their own agenda.

"As big as it all is, you’re part of a nation and part of a team but everyone is also on their own quest to get here and the journey is not over until your Olympics is over and we’ll see what we can do."