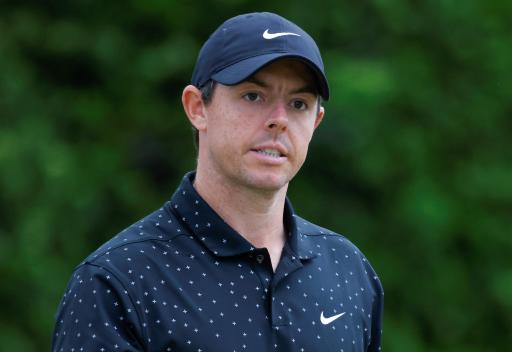 Rory McIlroy has told Sky Sports Golf that he is looking for "a spark" after slumping to a tie for 10th at the Arnold Palmer Invitational to fall out of the World's Top 10 for the first time since March 2018.

McIlroy, who now finds himself 11th in the Official World Golf Rankings heading into this week's Players Championship at TPC Sawgrass, carded a dismal 4-over 76 to tumble down the leaderboard when in contention for a second victory at Bay Hill on Sunday.

McIlroy found himself four shots off the pace heading into the final round at Bay Hill but saw his hopes sunk on the iconic par-5 6th hole when sending two balls into the water.

To his credit, he made an eagle with his third ball off the tee, but it would lead to a double-bogey seven.

Rory McIlroy hit two tee shots into the water at No. 6.

He managed to get up and down from 243 yards for double bogey. pic.twitter.com/9HG1BCPSZu

"There was some good parts this week again," said McIlroy, who has not won on the PGA Tour since November 2019.

"Some stuff that I don't know how to describe, but just a little dejected or maybe looking to go in a different direction."

McIlroy heads into this week's Players Championship as the defending champion at TPC Sawgrass due to last year's tournament being cancelled after round one due to the coronavirus outbreak.

The last time McIlroy found himself out of the World's Top 10 was exactly three years ago this month.

In what now sounds something like a broken record, McIlroy will attempt to win The Masters in April to join an elusive group of players to complete golf's grand slam of majors.

NEXT PAGE: BRYSON REVEALS THE TEXT HE RECEIVED FROM TIGER AHEAD OF BAY HILL FINAL ROUND