Jordan Spieth recorded another top five finish on the PGA Tour, this time at the Arnold Palmer Invitational. 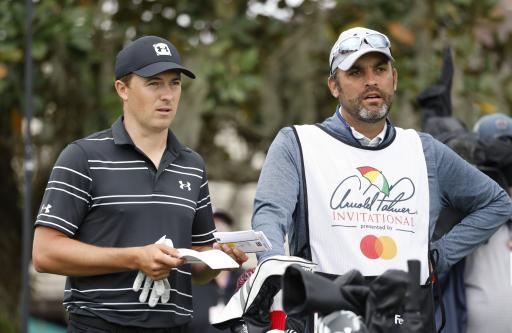 Jordan Spieth was left feeling frustrated on Sunday after he shot a 3-over par final round at Bay Hill, to the point where he said he felt as though he wanted "to go break something".

The former World No.1 was taking a lot of positives out of another strong performance on the PGA Tour, where he recorded a third top-five finish in his last four starts.

Spieth was one of many players in with a chance of winning the Arnold Palmer Invitational as an entertaining final round got underway, but like many, Spieth shot an over par fourth round to slip down the leaderboard, finishing in a tie for fourth and five shots behind winner Bryson DeChambeau.

Although Spieth will be disappointed to let another opportunity to end his winless drought pass him by, he certainly didn't throw this one away, as the strong winds made for a challenging final round, in which the likes of Rory McIlroy, Lee Westwood, Tommy Fleetwood, Tyrrell Hatton and many others all shot over par on Sunday.

That being said, the 27-year-old was clearly frustrated after finishing the tournament at Bay Hill.

“I kind of want to go break something,” he said, before quickly focusing on the positive notes from the week.

“I made a step in the right direction today, regardless of the result. It just wasn’t my day.

“I mean, I hit right lip, left lip, high lip, low lip. I mean it was — greens got super crusty and it was just, I mean the couple that I made I thought I missed and the ones I thought I made I missed. It was weird.”

“I put the ball exactly where I wanted to on just about every single shot and putt and it came out to 75 somehow,” concluded Spieth. “But that’s not going to happen every time, if I do, if I play the way I did today. It’s going to be really good going forward.”

NEXT PAGE: Rory McIlroy OUT of World's Top 10 for first time since 2018