McIlroy's fall from grace continues as he slumps to his worst World Golf Ranking in nearly 12 years. 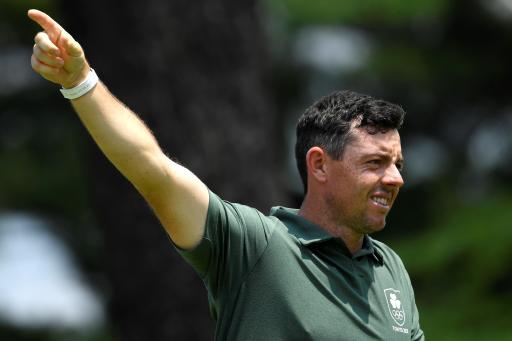 Rory McIlroy has fallen out of the world's top 15 for the first time since 2009 following his disappointing tie for 43rd at the Northern Trust at Liberty National.

McIlroy, 32, picked up his first title on the PGA Tour in some 18 months with victory at the Wells Fargo Championship earlier in May.

However, the former World No.1 has since failed to build on that epic performance at Quail Hollow with just two top-10 finishes in his last nine competitive starts around the world.

BREAKING@McIlroyRory drops out of the top 15 in the world rankings for the first time since November 2009!!!

Take a moment and think about that... #OWGR

As a result of his indifferent form the past three months, McIlroy has slipped to a current 16th in the Official World Golf Rankings, marking his worst position since November 2009 - back when he was playing in just his second season as a Tour pro, as pointed out on Twitter by golf stat guru @Nosferatu.

The four-time major champion finished tied 43rd at the weather-delayed Northern Trust on Monday, finishing on 7-under par for the week and 13 shots off the pace.

McIlroy has been World No.1 in his career at eight different times. The first was back in March 2012 and the last was in February 2020.

The Northern Irishman has spent a cumulative total of 106 weeks as World No.1 in his career.

The two-time FedEx Cup champion finds himself in 28th position heading into this week's second Playoffs event at the BMW Championship, a tournament he won back in 2012.

McIlroy will need to be on his game this week if he is to give himself a shot at winning a third FedEx Cup as only the top 30 players in the standings will progress into the season finale at the Tour Championship.

Should McIlroy win the FedEx Cup this year, he would become the first player to win it three times.

He currently shares the record of two FedEx Cup titles with Tiger Woods.

NEXT PAGE: THE TOP 70 IN THE FEDEX CUP STANDINGS HEADING INTO THE BMW CHAMPIONSHIP